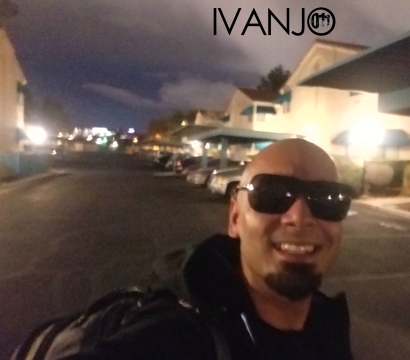 Ivanjo aka 011 is a Record Producer based out of Las Vegas who sounds unique in his approach to popular music.

In 2021 Ivanjo11 is producing sample free records for Sync libraries, along with releasing hit records on all major platforms.

Brownie Reflex--Ivanjo11 on Spotify. (An awesome record that will try its best to explain its own existance to you, this record will try to explain itself to you as if it owed you something...)

Ivanjo the producer loves to meditate and channel the song rather than make it, "let the song happen, do not stand in the way"

The ideas for the song are often based out of a vocal recorded after a meditation session.

Vocals are recorded usually during the filming for the "Making Records with: Ivanjo"

A Youtube show on which Ivanjo11 explains the creation process.

Perfect example of this would be: Skit recorded for the show named: Dustin the wind and iraq which one is more gramatically incorrect produced a vocal sample bit for a future hit song called "Iran"--Ivanjo11

If you are reading this, it might sound like spiritual music, but that is not what is going on here... "i give you what comes out of meditation it is not always nice, but it is brutaly honest, spiritual too"

36 Instrumentals and right about 100 records...

Project 106 was next, and it is a sequel to Mandela Effect.

Project 106 (35 sample based records were produced (instrumentals) and after remixing most popular acapellas we obtained right about 100 records...

These two project were followed by a sample free project...

"I always wanted to remix all of my favorite House records"

The "Vegas Funk" provided that chance...

Ivanjo grew up in Europe in early 90s," House music was huge then, and still is over there...  My head was filled with my favorite records and i loved it, some years later after learning that most of my favorite songs were sample based production (Funk/Soul/Jazz/Disco, etc... from a decade or two ago, i decided to study it in order to create what is today Vegas Funk, which is my attempt at producing my favorite house songs... Vegas Funk project so far produced nothing but classics in the attempt to Re-create my favorite House records from scratch, many other great records were created...

Before all this There were other projects...

Ivanjo11 performed for many years as dj 011.  "I love producing music, once im done with the project the next one begins, i love it"  Ivanjo11.

"Las Vegas is unique because crowds are very diverse, need to cater to all, party dont end till sunrise, you just got to keep going hard, corporate parties are often hosted in huge venues on the strip, attended by up to 5000 people, its like a mini concert" I love performing but my true love is music production and my passion is creating awesome records that people enjoy and wanna dance to...

"THE ONLY THING THAT IS PERFECT IS IMPERFECTION ITSELF, EMBRACE IT!"