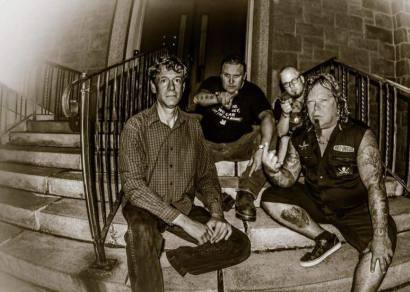 13 High is a hybrid of traditional Rock n Roll.  13 High's goal is to entertain the crowd with their fun energy on the stage with their mordern rock sound.

Lead vocals Bobby Whitebear has been front man for many years in Maine's music scene , who's vocal talent has been compared to Goeff Tate of queensryche and Bruce Dickinson of Iron Madien . Lead Bass Bob Rox who's energy lights up the stage with his own style. Drums Chris Williams known as Pitbull on the stage . Lead guitar Rich Mayhem who brings Mayhem to the stage when his is performing . Every member brings their own twist to the sound of this band . Their music is played world wide. They have had the privilage of performing with such bands as Steel Heart, Great White, Jackyl, Kitty, Five Finger Death Punch, Killswitch Engage, Trivium and Blackguard.  As 13 High music speads we look forward to bringing our music to you .