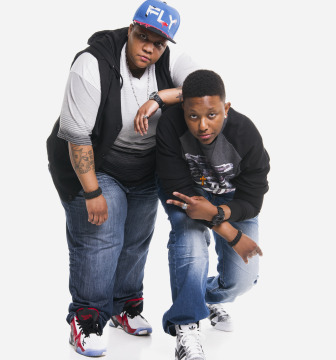 808 is a female rap group with its finger on the pulse of the music industry. Their unique beats and lyrics stimulate their audience intellectually and makes it impossible to stay away from the dance floor. This dynamic duo isn’t limited to context based on sex and the status quo, they aim to give their fans much more. Both members are openly gay Christians who hope to be the voice for a seemingly voiceless community. As they fearlessly tackle topics concerning stereotypes, sexuality and spirituality in addition to showing off their ability to make you dance, the fragrance of success and their fan base grows stronger daily.

808 came out of the gate strong, with the release of their first mixtape “The Best You Never Had” and multiple performances around Columbus, OH. In addition to being introduced to the music scene by opening up for J. Hood and being featured in the music video with The Female Takeover. With the 2013 releases of the groups preliminary EP titled, “Pre-Game” in post production and their much anticipated debut album, “Kicks and Liquor,” 808 continues to live up to their name with ease.

Whether it be their thought provoking lyrics, beats or their smooth, seductive tones, 808 delivers something on every track and performance that the world has never seen. Sit back and listen as we witness the rebirth of real music.