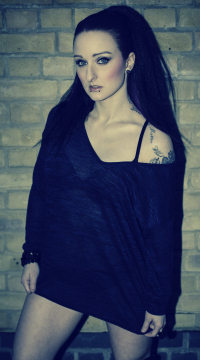 With a funky, upbeat song of life without any responsibilities, this Canadian singer-songwriter follow-up single will certainly have you moving.

Since the release of her debut single “Always Go Home” (with reviews putting her up against female great such as Cheryl Crow, Shania Twain and Gwen Stefani) AKA V has been garnering attentions all over the globe. She has performed over 75 shows on 2 continents and 3 countries, and she isn’t about to slow down.

Her sophomore single “Sunlight” is an upbeat track that delve into the witching hours, and having to negotiate the succeeding day.
​
Produced by Ashton Price, the song was inspired by AKA V’s pubescent years, going to clubs and enjoying life as a teenager, with no responsibilities and consequences. She says “Those years were some the best years of my life, even though I could never go back there”

Also known under the name Vanessa Huneault, AKA V has always been proactive in making things happen. Hailing from the small town of Rouyn, Quebec, she moved to Toronto, Ontario at the age at 20 to pursue her dream as a musician.
Determined to make it in the music industry, the singer decided to get an education in Audio Production and Engineering to understand how to record and master her own tracks.
Now with her solo career in full bloom, AKA V has proved she has all the right ingredients for a promising future in this industry.
​