AlterBlood is a heavy metal band originating out of Tulsa, OK. Combined with a new age of metalcore and death metal with heavy riffs and screaming solos.

Formed in 2016 by Josh Kenny, Cory Gordineer, and Ryan Overack. The band went on a little hiatus till 2017 when the band resurfaced again. At that time, they released a 4 song EP called “The Alter Awaits” in June of 2017. In early March of 2018, they recorded a full-length album called “Welcome to the Alter”. They embarked on a mini two-month tour in 2018 to support their full-length album release. Over the years of 2017-2018 members have come and parted ways with the band. In the late year of 2018, the band is now a five-piece consisting of Alex Farinas on bass guitar, Jake Gregory on vocals, Braxton Marshall on guitar, Josh Stowell on guitar, and Lucas Hance on drums. In May 2019 they played Rocklahoma on the Darkside stage.

Now they are one of the fastest growing local metal bands in Tulsa, OK opening up for national bands like OTEP, Doyle, Devil Driver, Gemini Syndrome, Krash Karma, The Anchor, and A War Within.

Compared to After the Burial, Born of Osiris, and Veil of Maya, AlterBlood always brings high energy into their shows every time. 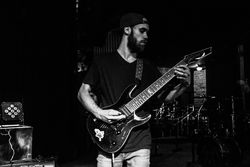 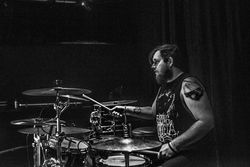 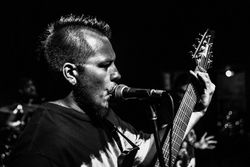 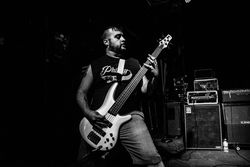