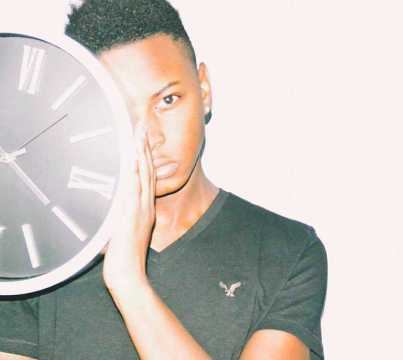 Born in St. Louis, Alex Duncan was adopted as an infant and raised in rural Eastern Iowa. As a child, he enjoyed music, and was active in singing activities at church where his music abilities started getting noticed. Not only did he have good pitch and timing, but he also had a pleasing voice and ability to harmonize. At age 15, due to his mother's influence, he taught himself on guitar, wrote his first song, and performed it at church. His parents bought him a Mac and "garage band" software and he set to teaching himself how to produce music. At 17, on Dec 20, 2012 (day before the predicted end of the world) he finished the song, "Apocalypse" which was later studio recorded in Chicago.
Eventually, he caught the attention of people in music circles in the Quad-cities, and with support from parents, friends, Corey Kennel Smith, and DJ K Yung, he began performing at local venues, changing his name to "Alyx Rush" for trademark reasons. His next original, "Minutes" was recorded at Lounge studios in Manhattan. His "Quad-city Rush Tour in the fall of 2015 featured Minutes and 2 other originals: "Desire" and "Trouble," the latter featuring Detroit rapper, Kyle Mack. The tour caught the attention of local media and he was featured on local TV and radio stations and in newspapers. From there, he spent a few months in LA, but alone, and with no contacts, he returned to Davenport to continue his music while working.

Since then, Alyx has written several more originals and was anxious to get them recorded, but lacking the funds for another trip to New York, he decided to check out "Graveyard Studios" a new recording studio in Davenport owned and operated by Josh Graves. Alyx is currently under the managent of Natalie Long and things are moving along quickly. Plans are for a new single out in January, a re-release of "Minutes" with a new sound, and an EP sometime next year.

Alyx's musical style is definitely pop, influenced by some of his favorite artists: Ariana Grande, Taylor Swift, Justin Bieber, Jason Derulo, Ed Sheeran, Shawn Mendez, and others, but his sound is all his own. Fun and deep at the same time, his songs grab your heart and his voice brings you to tears! Watch out, world! Here comes Alyx Rush!