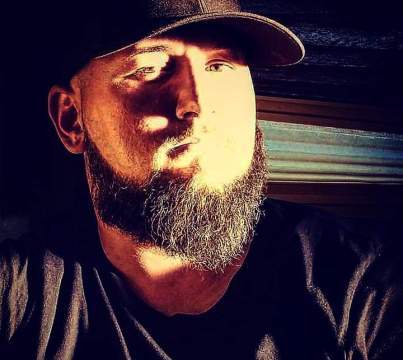 BIG PO is a rapper, singer, song writer who was born and raised on the bayou in West Monroe, Louisiana. He's been apart of music for over 20 years. BIG PO has launched a music mission that takes him all over the United States. Mixing rock, country, blues, hip hop, and a sprinkle of the bayou to create his own unique sound. He takes his life lessons and moments of overcoming to relate with his audience, connecting deep into their soul.

In 2015, he released his debut solo album, "GOD'S COUNTRY", that created a movement worldwide. His song "God's Country" and "Aint Taking My Jesus" provided a clear statement of what he stands for and the way he thinks the world should be.

BIG PO followed up with his second album "GUMBO SOUL" in June of 2018. His song "Think About It" off his newly released album has been a staple amongst playlists and digital streaming platforms worldwide.

BIG PO likes to call his supporters and family "POFOLKS". He tells them that "POFOLKS" doesn't mean that you're poor but that you're rich in spirit and blessed and thankful for the things you do have. That possessions and materialistic things can't match the love and strength of a rich soul.

The momentum that BIG PO carries into 2019 is unmatched.

Look for BIG PO in a town near you!