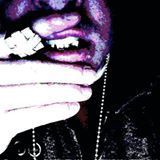 BIzeeee born, Bougain Littlejohn, in Blowing Rock, North Carliona, parents splitting when he was real young, his mother raised him in Central Virginia the best she could, in and out of jobs working the hardest she knew how each and everyday, hustling to make ends meet in the city in which they lived.

Bizeeee moved out at a young age only to turn to the crime-infested Virginia neighborhoods, the name BIzeeee was given to him at a young age, by his friends for always finding a way to making money no matter what occurred or what was going on around him, it was his main focus. He saw his friends start to go to jail at age 14 for dealing drugs, and after that would suffer a downward spiral for a few years to come.

The next year, his best friend was murdered near his apartment, not knowing where to turn, BIzeeee got caught in the street life that surrounded him, after many institutions, troubles through the court systems and having to spend a lot of time behind bars,he Later turned to elsewhere for inspiration, as an escape from the drugs, violence, and poverty that surrounded him.

He started experimenting with rhymes at 12 being published in local poetry books and magazines, but didn't start rapping seriously until when he was around 22. He grew up on a steady diet of most recent singles of Kool Moe Dee, L.L. cool J, Slick Rick, N.W.A, Eazy E, Ice Cube, and 2 Live Crew. Dedicating his life towards its beauty, recreating the visions through his own art of writing, spray graffiti, photography, and life.

A people person, never a follower, but a brilliant leader with the ability to rise out of any situation. A very talented individual, in the field he tends to spit hot bars punching his beats with his metaphorical lyricism. Bizeeee career is moving at high-speed as a artist. As early as this summer, the virginia rapper was known only within the most esoteric annals of Twitter, Facebook, Youtube, Tumblr, Reverbnation, Soundcloud, and other social and indie music sites throughout the net.

Much has been made of Bizeeee amalgamated sound that leans heavily on the Southern rap of Houston and Memphis while nodding at his hometown of Virginia only cursorily, if at all. This is part of what makes Bizeeee such a millennial MC, that the music he draws from most is alien to his native region, but readily available through the Internet.

If Virginia does figure into his style, it’s in his palpably determined and cocky Va attitude, which matches up quite successfully with his laid back and often sung-rap delivery. Bizeeee knows exactly what kind of beats he fits well on and executes as he seems fit.

Bizeeee Linked with Kontraversy CEO of Bricksquadmonopoly-LI (Long Island) and became part of Bricksqudmonopoly-LI in 2013, working close with Kontraversy, helping to gather visuals for Kons album.  In 2014 Bizeeee then linked up with Og Mack Drama from 1017 Brick Squad and signed under 1017MafiaGang/1017 BrickSquadMafia/Mackdrama Records. In the midst of all these these things going on Biz got up with L.T. CEO Of Heavygripp Entertainment, and solidified a relationship, making Heavy Gripp Entertainment, a home for him as a enginner, and artist, taking over there hometown, and surrounding areas, with sold out shows, and crowds.

Bizeeee is artist,audio-engineer,photographer, and big acrylic canvas painter,. His collaboration list gets longer, and better, as he is establishing associations with the likes of other indie and industry artists, pursuing there dreams, throughout other major cities. Biz continues to strive for excellence in the field he knows best, moving his way to the top.He currently resides in Atlanta working with the likes of Future,Young Thug, Black Cirlce, Casino, Mike Epps, Ti, Bndwth Studios, BcShooter, BcGutta, Young Scooter, and alot more.