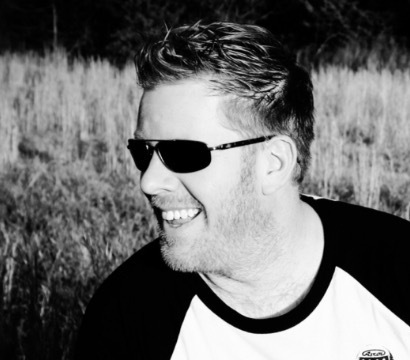 It's not easy to catch up with a touring Country Music Artist, but when you are also a biker and World Champion motorcycle star; it is impossible. Braswell, one of the few artists that actually was born and raised in Nashville says his hometown had a huge impact on him and the artist that he has become. Although Braswell was heavily influenced by his surroundings, he did not start songwriting until the age of 15 and playing music until after that. No, Braswell started by pursuing a much different passion. At three months old Braswell’s dad pushed him down the hallway on a motorcycle. He was racing at age 5 and by 8 years old he was an AMA Flat Track Champion. Racing was a huge part of his life and family life – it still is today. Braswell has won two AMRA world championships and six AMA national titles. Braswell started his own label and sold the album at Harley-Davidson motorcycle dealerships across the country. Soon he was selling out across the southeast and began getting offers to bring his live music to festivals, rallies and shows. Braswell currently plays an average of over forty motorcycle rallies a year. He has racked up a number of accomplishments, not just as a champion motorcycle racer but also as a platinum selling country artist. In 2007 Braswell sold out seventeen consecutive shows and opened for David Allan Coe and Montgomery Gentry. Fast forward to the present and Braswell has headlined numerous rallies, benefits and concerts. By 2011 Braswell ‘s album “Time to Ride” had reached platinum status in sales. He’s opened for acts such as the Zac Brown Band, Easton Corbin and Hank Williams Jr. Currently Braswell is wrapping up a music video for the song, “I Need A Drink.” an upbeat, heartbreak song penned by country Star Luke Bryan and Beau Braswell. He’s also found a way to celebrate the racing family and sport that is so much a part of who he is. He tells us he just finished recording a song and filming a new video. The song “Sideways” has been chosen as the official theme song of the AMA FlatTrack Racing series can be heard on NBC Sports; giving Braswell a reason to hit the track again and possibly in more ways than one. Beau signed with Yamaha Motor Company in 2015 as the official music tour sponsor. Allowing Beau to race Factory Yamaha Race bikes at selected events. Braswell is now a Back to Back Winner of the Sturgis Moto Stampede a motorcycle race held at the Buffalo Chip during the Sturgis Motorcycle Rally. In 2016 Beau signed with NBC Television Network to film a tv documentary about his life.
– Wes Woods, Los Angeles Times

Middle Tennessee continues to come to the aid of the Texas victims of Hurricane Harvey.

The crew for country artist Beau Braswell used to keep a tally of the times his trailer was loaded up on one of the swinging doors. It was usually music equipment or motorcycles inside. Tuesday, Braswell said the haul had a much greater purpose.

"In a crisis like this, you can usually take anything," he said, walking along a folding table covered in supplies. "We pulled the trailer off the road and brought it here, so it can be stocked up and sent to Texas."

"We were able to fill this 53-foot trailer with almost 46,000 pounds of goods," said Cowboy Jax Young of non-profit S.A.V.E. XXII.

Young has pulled together a wide range of businesses for the effort, like Prairie Life Fitness, Hunt Pro and Silver Creek Transportation.

"For short term, this is great," said Hunt Pro CEO Andrew McGarry, holding up a box of crackers. He climbed up over a huge pile of supplies.

"So, up here we have gigantic towel rolls," he said.

"We have disinfectant wipes which are so important," said Young, holding up another box. "There's lots of water. We're taking 18 pallets."

The group's collecting supplies in a National Guard tent in the Franklin Sam's Club parking lot on Mallory Lane.

Customers were wheeling up their grocery carts to give what they could.

"We're handing out flyers as they walk in, that has exactly what we need," McGarry said. "That synergy through that has turned into something amazing. It's a unifying factor. We've been so divided as a country. This is bringing people back together. Every donation matters. This is what it turns into."

"We broke their sales for water in less than 24 hours," Young added.

"We actually ran out of our members-marked brand," said Sam's Club assistant manager John Raetzel. "We had to switch out to another brand of water."

Through a team effort, the materials were almost ready to go to Corpus Christie by Tuesday afternoon.

"One thing you can say about Nashville is, when we have something like this that happens, Nashville's usually the first to jump up and do something," Braswell said.

Braswell is marking this down as one important trip for his tour trailer.

"In 2010, we went through a flood ourselves," he said. "To see them come out and give the way they have to fill up this truck and send it to Texas, it's unbelievable."

Roar On The Shore