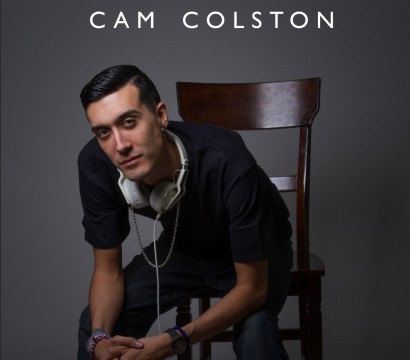 Self-described as multifaceted, Cam Colston has earned his place as one of the most versatile multi-genre DJ/Producers around. Armed with his ability to experiment across as many sounds as possible, he has rapidly become an integral member on the Las Vegas nightlife circuit and the EDM landscape alike.

Following his explosion onto the scene, he has already amassed a number of accolades including his colossal feature guest mix for Club 985 After Hours on 98.5 KLUC Las Vegas, reaching #1 in the Mixcloud Electro House charts with one of his mixes, sitting at #1 on the Masspool DJ Pool downloads chart for 4 weeks with his stellar bootleg of Fifth Harmony’s - Work From Home, and scoring a number of releases on labels such as Ensis Deep, Round Triangle, Smile Creations Music Label, OLD SQL Recordings, Filthy Sounds and Filthy Deep.

Cam Colston is an objective, resilient, self-taught individual with an insatiable desire to learn; his eclectic tastes ranging from Vocal Trance, Hip-Hop, Progressive House to commercial have meant his musical influences are widespread and diverse; drawing inspiration from anybody brave enough to risk it all for whatever it is they are passionate about.

Passionate and creative by nature, whether it is soft, melodic, progressive tunes, or aggressive, electro bass bangers, his personality traits bleed straight into both his productions and his shows enabling him to captivate his audience every single time. His unrelenting desire to keep things fresh allows him to create a unique experience with every set he plays and with each track he produces.

Cam Colston is a resident DJ at The Pool at The Linq on the world famous Las Vegas Strip in Las Vegas, NV.