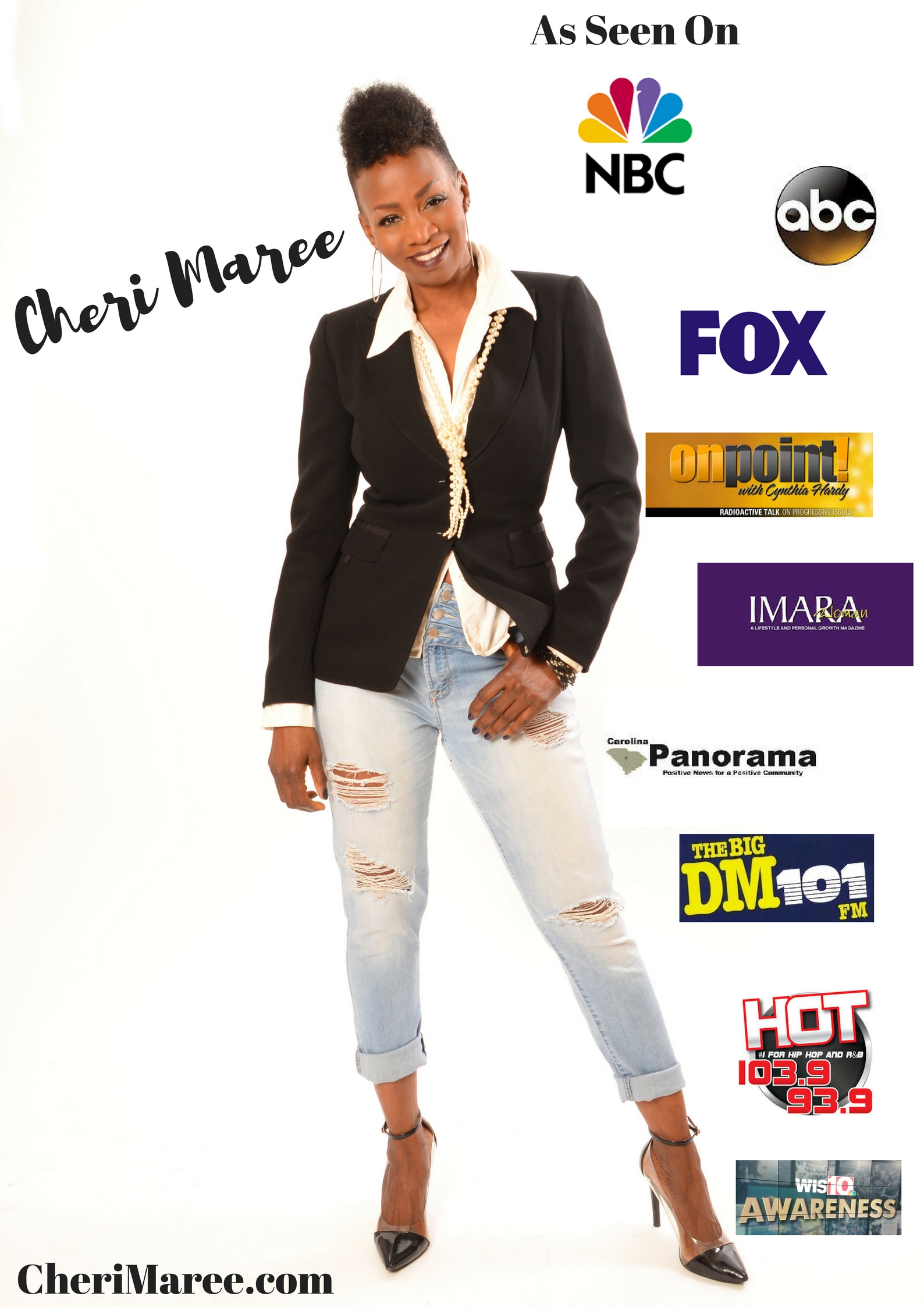 Silky “Souljazz” vocal powerhouse Cheri Maree is a highly sought after, multi-talented, audience-inspiring artist who has graced the stage with legendary Grammy Award winning artists Patti LaBelle, Al Jarreau, Hootie and the Blowfish, Ashford and Simpson, Dianne Reaves, and Brian McKnight and more. Cheri Maree is a multi-talented musician whose eclectic sound and style enthrall international crowds and transcend language barriers. From sold out performances in Japan, to an 8-city tour of Russia, as well as England and Canada, her place on the international music circuit is connecting across cultures to spread her essential message – LOVE.

Cheri Maree brings her dynamic stage presence and an authentic soul stirring flavor that heals, inspires, and transforms to every performance. “The Love Goddess” sizzles on center stage whether in the United States or abroad, channeling a range of muses from Barbra Streisand to Earth, Wind, and Fire. Ms. Maree's current album 360° Woman: Rebirth (part 1 of the trilogy), produced by world renowned musician Marcus Williams, is being met with rave reviews. It's described as "Truth Serum for Your Soul" because of the raw honesty she expresses in both the musical and lyrical content of this CD. Cheri feels, "It was time to tell my story so that I can liberate myself and other women throughout the world."

“Cheri Maree’s songs have a message that comes from a real place,” says Mo Pleasure, renowned producer and multi-instrumentalist for the iconic Bette Midler and principle keyboardist for the legendary Michael Jackson’s “This Is It” tour, “She doesn’t fit a mold, but brings her own style, much like Jill Scott.”

Before every recording an album or performing on stage, Cheri Maree’s love affair with music emerged in early childhood. Born in Muncie, Indiana, she tested her vocal chords during early years in Chicago and Columbia, South Carolina. This humanitarian songbird’s musical gifts resonated in church, talent contests, and local bands – her dynamic vocal range embracing jazz, rock, soul, and gospel.

In addition to music, Cheri Maree has written her very first book entitled “Wealthy Woman’s Stew: The Journey To Nurturing My Soul”, released on February 14th. It is her story of challenge and triumph centered on 8 simple ingredients of a homemade stew which transformed her life and inspired Cheri to learn to Love herself again.
“Music is love’s pathway,” says Cheri Maree. “It generates an energy that calms, nourishes, and transforms the heart, helping us to move through challenges and make positive changes in our lives.”

At home in Atlanta and from New York to California, Cheri Maree is pairing with some of the industry’s best to personally design her “Global Lovefest” and orchestrate her passionate rebirth. Her trilogy of projects over the next five years, beginning with “Rebirth,” has “The Love Goddess” bearing her soul, owning her future, and living her divine purpose.

“My passion, my life, is music,” she shares. “I intend to bring a deeply Divine and LOVE-INFUSED experience every time I grace the stage.”

”Music Is the Sound of Love “ FREE Phone Conference - US

SHOWTIMES TO BE DETERMINED

THE GRANARY HOTEL EVEN AND CONVENTION CENTER, COLUMBIA, SC

Holiday Cheer For The Homeless

Jazzy Brown's is the perfect intimate setting for "The Love Goddess" ensuring a night you'll always remember! Seating is limited so get your tickets EARLY! (Door $25)

Join us for an amazing night of networking, entertainment and great food ~

Dinner will be served by one of Central Florida's top caterers. (Hors d’oeuvres, Lavish Buffet Style)

Entertainment by none other than the "THE LOVE GODDESS" Cheri Maree!

Benefit Concert for Students Without Mothers at Cafe 290 in Atlanta,GA

"Release Your Magic" Live Taping with House of Harley Radio

Interview on The Big DM 101.3 with Dee Dee Renee

Cheri Maree will be headlining this historic event, now in its 39th year, this FREE outdoor festival brings artisans, dancers, musicians and storytellers together to celebrate South Carolina’s black history and culture on the grounds of the Mann-Simons Site in downtown Columbia!

Girl It's Your Tour (Dallas, TX)