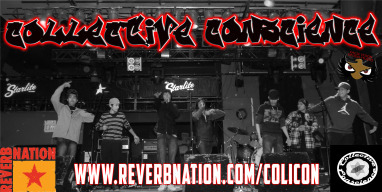 Collective Conscience is a young aboriginal concious hip hop group aged from 16-25 years of age and have been actively involved in the community of Edmonton, Alberta. There lyrics and hype performances have gained them the title as the Native Wutang Clan. The young and diverse group has been performing for the passed 3 years and is currently working on there debut album and tour across Canada. The group consists of talented songwriters, performers, hip hop recording artists, and beat makers.