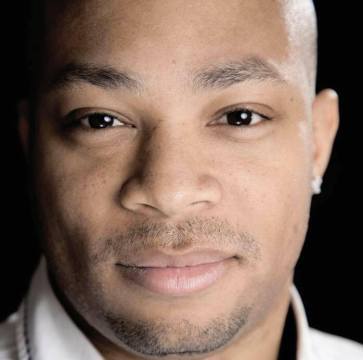 DJ Blade is a well-established, second generation DJ with a 25-year career in almost every part of the music industry from being the frontline entertainer as DJ and Emcee, to managing the behind the scenes as Stage Manager and Audio Engineer. DJ Blade loves to entertain crowds of any size, ages and musical genre. As an entertainer that has traveled the word performing, playing and collecting music, DJ Blade is ideal for any setting or situation from small, infinite affairs to large scale events and venues.

DJ Blade was interested in music at a young age. His father DJ O'Jay aka DJ Olskool began his career in the late 70's as the official DJ for basketball games sponsored by the legendary street baller Earl “the Goat” Manigault. When his dad started to take DJ Blade along, it became a life changing bonding experience with both his father and the world of music. At the age of ten years old he did his first party alone, and his lifelong passion was born. By his 18th birthday DJ Blade was already well known as his father’s partner at parties and events.

As the years passed DJ Blade began to challenge himself more by learning the technical aspect of the craft he chose. Ever since he helped his father rebuild an amplifier during a party in 10 minutes, his curiosity began to peak. He began learning about sound tech and producing music, including obtaining a degree in Electrical Technology, and accepted jobs doing set up and break down for large scale events throughout the Bronx and Manhattan. He was even known as “Mr. Audio” during his years working at PC Richards, and was hired by high profile clientele to install complex home audio systems.

DJ Blade got one of his first big breaks when celebrity DJ Mike Sessions asked for his help to work with DJ Cipha Sounds of Hot 97.1FM New York. He began to travel and became a trusted part of the team as driver, assistant/porter and opening DJ. This partnership led to an introduction with Funk Master Flex. He went on to spend 8 years working and traveling with the International Funk Master Flex Car Show, working his way up to Stage Manager. Progressing through the years DJ Blade began to travel internationally. DJ Blade has accomplished milestones that define who he is and what he is capable of. He has worked a wide range of events and programs including corporate events, weddings, school functions, family parties, block parties, radio shows, comedy shows, live concerts and resident DJ at local clubs and lounges.

Choosing DJ Blade as the entertainer for your event will elevate the vibe and atmosphere for any private or corporate function, nightclub or show. DJ Blade will continue his father’s legacy and be the best entertainer possible for as long as he is breathing!