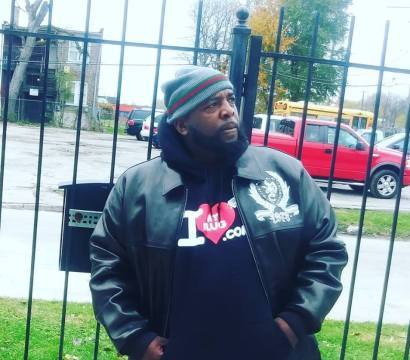 The World Famous DJ Brad has a reputation for being one of the best DJ's in the industry. In 2002, he became one of the original members of The Legendary Legion of Doom DJ’s, a coalition of DJ’s in Atlanta known for breaking local artists into the mainstream scene by playing their music in the clubs or featuring them on their mixtapes. He earned the title of World Famous DJ Brad by being one of the most booked tour DJs from the South. DJ Brad has toured with some of the biggest names in R&B, such as R. Kelly, Selena Johnson, Monica, Chrisette Michelle, Jamie Fox, T-Pain, Anthony Hamilton, Missy Elliot, Tweet, Keke Wyatt, Lil Mo, Pretty Ricky, Plies, Goodie Mob, 8 Ball, MJG, Mystikal, Project Pat, JT Money, Sole, Toni Braxton, and Big Krit.

DJ Brad got his start in music at the age of fifteen. While he played the trombone in elementary school and spent years playing every seasonal sport available, music is what he liked most. What started in his bedroom as a hobby moved to a small neighborhood café that had mixing tables. He and his friends would spend hours hanging out after school and on the weekends, creating playlists that café goers enjoyed. Eventually, he got a following and was asked to DJ for his junior prom.

His first major gig was at a nightclub where he was the house DJ for four years. As his reputation grew, so did requests to have him appear at other night clubs. At one time he worked a circuit of eight-night clubs between Georgia and Alabama. He was known to be one of the best cut DJ's on the scene. His mixes were so good, clubs got shut down when he was in town because every club goer in the city was drawn to where he would be.

While being exposed to all genres of music taught him how to read a crowd and keep them engaged, his real skill comes from leaving all of that behind and creating his unique sound with Slab Music. Slab is best defined as ‘parking lot pimpin’, or music that you can sit back in your car and vibe to.