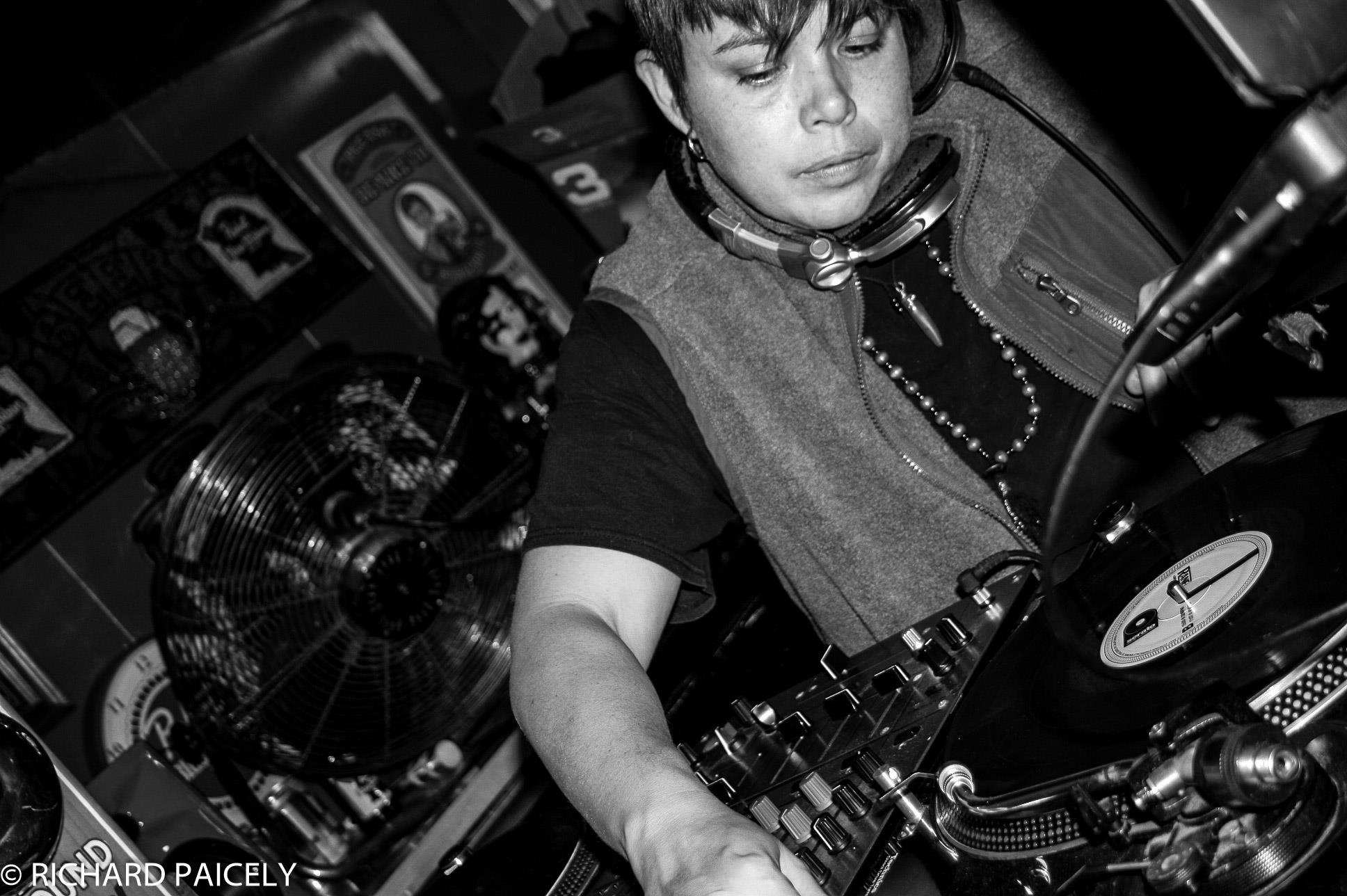 DJ Fate began to emerge in the Indianapolis electronic music scene in the year 2000 spinning vinyl Funky House and Breakbeats. She has since incorporated Hip-Hop, Old School and all genres of Electronica into her sets. Her favorites tend to be House, Breaks, Twerk, and Old School Hip Hop.

In 2003, she landed her first residency at Eden Nightclub In Broadripple. By 2006, she was a resident of Therapy Nightclub's weekly event, Plush Thursdays with fellow Indianapolis DJ, Jackola and his promotion company, OnTrack.

Since 2010, Fate has been a staple for Metro Rising, a ladies' night at Metro Nightclub and has played numerous fundraisers for Girl's Rock, a non-profit organization dedicated to building positive self-esteem in girls and encouraging creative expression through music.

OnTrack began doing a weekly event at Casba Bar in Indianapolis during 2012 for which DJ Fate took over as the sole resident. She also became the Sunday resident at Metro Nightclub with weekly events such as SIN and Sunday Funday in 2012.

Fate is currently a rotating resident of Metro Nightclub on Saturdays and other various events promoted by the club and a member of INHouse DJs and Mad Science Labs.

Being a skilled selector with sound technical skills and superb crowd intuition, Fate has become a local favorite to many.

The Hi-Fi in Fountain Square

The Vogue Theater in Broadripple