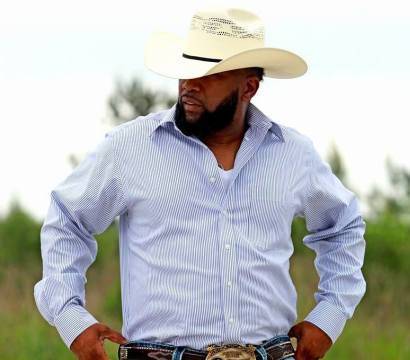 Jeter Jones, with the government name of Retired "Sergeant First Class" Gary C. Jones, whom is known to most people as the "King of Trailride Blues" Jeter Jones. Has taken the Southern Soul/Blues world by storm. He was born and raised in Mansfield, Louisiana. His home base is the Shreveport/ Bossier City La area. He has served our country on active duty as an Army Soldier & U.S. Marine for 20 years. 15 1/2 in the Army & 4 1/2 in the USMC. He is a decorated combat veteran with several combat tours, & retired in September of 2015. He embarked and put all of his energy into his singing career. He was awarded the 2015 ZBTAWARDS Rising Blues Artist of the Year & in 2016 became the ZBTAWARDS Blues/Southern Soul Artist of the year. He also has taken home the New Orleans Viewers Choice Awards "Line dance Song of the year for 2016. He has been nominated for several awards and even won video of the year with "Roommate"in 2016. In 2017 he brought home the line dance song of the year with “The Cowboy Slide”. He won the 2018 Album of the Year for "Dhis Him".  He started his singing career while on active duty @ Fort Riley, Kansas in Feb 2013 with the release of his R&B Cd the first of five Cd's entitled REAL "Raw Encouraging Amazing Love. His 2nd cd entitled "Sweet Jones live @ LeRoy's Chicken Shack" & 3rd entitled "Da GQ Country Boy" both earned 4 stars by Daddy B nice, and charted on the blues charts with great singles like Da Boot Scoot, Cold Pepsi, Zydeco with me, CowBoy Up, Roommate, & The Cowboy Slide. They both were nominated for Cd of the year. His new CD "Trailride Certified" is number 10 on the Blues Critic top 30 and has a couple of blazing singles. It has also earned a 5 star rating the first of his career. It also earned him the #1 Song & #5 song in the Top 25 for blues 2017. He comes from a gospel quartet background, but still loves to sing the gospel at his church home Bethleham Baptist church in Naborton La, where he is currently the Youth director. Jeter Jones has gained a lot of success with his youtube videos as well as being a great entertainer known for his great vocal ability & dance moves. He is touring with his band "The Perfect Blend Band", the 2017 ABTAWARDS Cover band of the Year, which features local talents, Clarence "Bubba" Washington, Rico Atkins, Jamarcus Brown, & Davante Youngblood. He is set to release his 5th CD entitled "Dhis Him" on June 15, 2018, & he will be appearing at this years Let the good times Roll Festival the night of his cd release. He can be found on instagram, Facebook, youtube, & twitter. He tours every weekend around the globe singing and introducing his music to the masses. He has a Carnival cruise leaving out of galveston tx, the "Country Boy Lovin Cruise" set for Nov 12 - 17 2018. He will also be apart of the Houston’s Live @ 5 event this year. He is considered to be one of the best in his craft, when asked he just says his "Military values & work ethic" is what makes him so effective. He loves what he does and it is an honor to entertain people. He is a great role model & Hero in the 318 area, currently doing projects with the hunnington marching band, & Mansfield High school as well.
Please feel free to google his name for more info and videos and check out his social media sites. Thanks

Jeter Jones has made #63 on the Top 100 artist for the Century.   another great Goal congrats to the whole team.

Renee on the Bayou