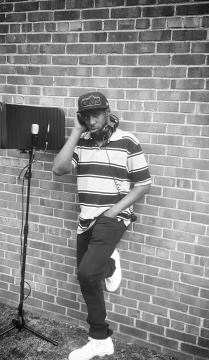 You'd think being a musician in 2020 would be easy with all the technology artist have access to. Truth of the matter is it's more difficult now than ever before. Being an artist takes sacrifice, commitment, hard work, and a belief in something greater than yourself. Darryl Dean is a seasoned artist with a versatile skill set that makes him uniquely qualified to understand the struggle, and success of the music business.

Born and raised in East Cleveland, OH he creates songs that make you reflect on the Golden Era of hip hop. He blends these various styles together to create real art. He pushes the envelope as far as he can raising many different topics up in his music, but also having the intelligence to combine these issues with great production. He prides himself on lyricism having been influenced by a combination of past legends.

Darryl Deon is ready to take his career to the next level which means reaching a wider audience in different markets. Deon is ready to do this by utilizing both an organic, and viral approach. He hopes to make 2020 a break out year on the touring market, and will continue to build a fan base using the internet to network and interact with potential fans.

Darryl Deon is a veteran, but young in his career. He's charismatic, soulful, and lyrical. All the ingredients to make a man from East Cleveland into a star in the music industry. Influenced by others from the past he wishes to one day have a younger artist say the same about himself.