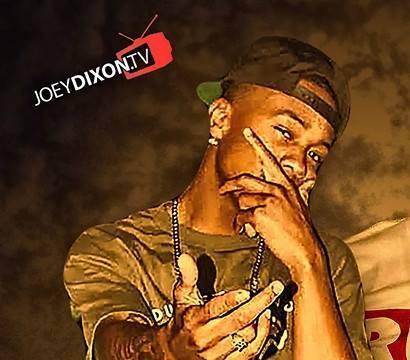 Dominique Spicer, known as D-Mosive is one of San Diego’s up and coming rapper. D-mosive adds flair to the rap scene, which most rappers coming out of San Diego don’t possess. He has a distinct voice which goes well with the powerful beats he uses to deliver his message and thoughts in his rap music. His musical creation can take you from passionate assertive raps to a party track that everyone would enjoy and can dance to. Once you hear D-Mosive musical creation it will leave you wanting more.

Dominique Spicer was born on October 19th, 1991 in East Oakland, California. He moved at the young age of 8 to San Diego. At age 12 he began to explore and listen to rap music; focusing on the lyrics from artists such as Tupac, Dr. Dre, Snoop Dogg, Outkast, Notorious BIG and Ludacris. Influenced by these artists Dominique began to write lyrics and create songs which he enjoyed and shared with his friends. Becoming better with each musical creation his name started to spread grabbing the attention of everyone that came in contact with his music. At age 14 Dominique decided to take his musical talent very serious and began recording his music putting his experience and thoughts at the time on paper and record. Dominique began to build a name for his self and quickly became known as one of San Diego’s top rappers with his charismatic personality and undeniable talent.

Now at the age of 22, young rapper D- Mosive, has the drive, talent, and potential to reach great heights in the music industry. He has put all his efforts into continuously writing raps and spending hours upon hours recording in the studio, always working to progress and build material to portray his superior talents. He continues to work on his own original songs while also doing collaborations with other artists.

He has brought the stage to life in San Diego at various venues such as House of Blues, Porters Pub, Belo Nightclub, Bar105, and The Stage. D-Mosive has also taken over the stage in the Los Angeles area at Ten Nightclub, DragonFly Bar and Heat Ultra Lounge. He has had many opportunities performing at venues opening up and performing with many big name artists such as E-40, Xzibit, Jarren Benton, KRS One, Problem, Iamsu, Nipsy Hustle, YG, Honey Cocaine, Bone Thugs and Harmony, Chief Keef,  Andre Nickatina, Jet Life, Joe Moses, Tyga, Too Short and Krayzie Bone .

D - Mosive is also working on putting together his first full length studio album be released in 2014. This is an artist that started from the bottom and is now climbing to the top with his hard work and determination.

Currently on Power106 Who's Up Next

Make sure yall check him out and rate him

Be sure to check D-Mosive Out on Live 365 Radio and request Hold My Thoughts . Its being Played all over the u.s

D-Mosive Official Mixtape Release Party "So This is What You Wanna Hear?"

21 up Event and im Hosting