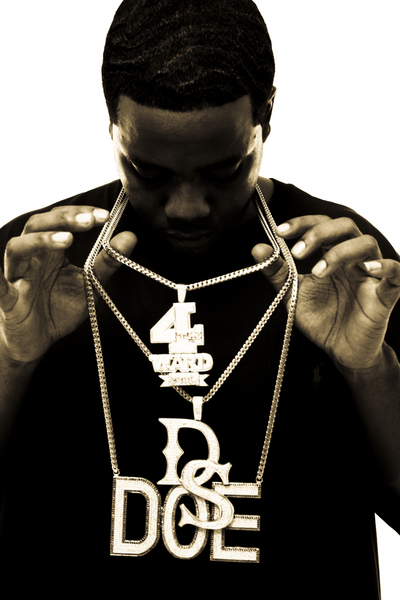 Real men gain respect through integrity and their ability to captivate
the hearts and minds of those around them. DOESHUN is no exception.
Born in raised and Atlanta, GA, from the notorious Zone 3, there is no
question that DOESHUN is the voice of Zone 3 with his innate lyrical
abilities infused with real life testimonies. Originally, a member of
the Cartier Boyz along with Atlanta Rapper Young Dro, DOESHUN started
Click Treal Records in 1999 and is the CEO/ feature artist on Click
Treal Records. DOESHUN’s previous mixtapes include “My Own Man” which
was his first official mixtape hosted by DJ Tekniks in 2008 with more
than 30,000 copies distributed, “Money Muscle” hosted by DJ Westside
in June of 2009 which topped at 25,000 copies distributed and the most
recent “Jackboy” hosted by DJ Dre and features artist such as; Waka
Flocka Flame, Yung Dro, Yung Joc, Yung L.A., T.O. Green, Mr. 1000, and
Rickiunno. After years of chasing his dream to pursue a career in the
music industry, DOESHUN’s hit single “Pop Off” is featured in Kevin
Hart’s new big screen movie and soundtrack “Let Me Explain” in
theatres everywhere. DOESHUN is the epitome of a real man that is
backed with the street credibility and edge which qualifies him to
serve as the “Zone 3 Ambassador” to the world. This is just the
beginning.

Doeshun is the CEO and feature artist on Click Treal Records and 4th Ward Entertainment. DoeShun originally was a member of the Cartier Boyz along with fellow Atlanta Rapper Young Dro who is now with Grand Hustle. As a member of the Cartier Boys Doeshun’s style developed and matriculated into the voice of the people. His fans and friends sometimes call him by his nickname, “Doe” because he has been known for his flash lifestyle of abundance.

My Own Man was Doeshun’s first independently distributed promotional album debuted in 2008. More than 30,000 copies were distributed. His second album Money & Muscle came out on June 21, 2009.. The album topped at 25,000. His first album “Apply Pressure” is scheduled for release mid summer 2013 after increasing his visibility with a 3 part attack of the “Jack Boy” mixed cd’s over the summers of 2011-2012 flooding the streets with over 100,000 units of music. Doeshun’s underground testimonials like “Rough Life” and “Bag Man” simply multiplied his street swagger and genuine style made believers even out of some big names in the music business.