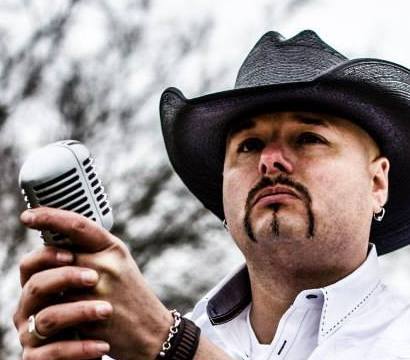 A power house vocalist paying tribute to the legends while keeping it edgy enough to captivate fans of all ages might be one way to describe Don Woods. Performing on stages such as The House of Blues Dallas Tx, Wild Horse Saloon Nashville TN , and The Hard Rock Café Dallas Tx, Don Woods brings the dancing crowd with his energetic stellar stage presence that is sure to leave you shouting encore. The Release of his Nashville Recorded Album 90 Proof gave rise to his single Whiskey Melody bringing nominations for Entertainer of the year and song of the year in the 2015 Nashville Universe Awards. With a review of this album one article stated “Don Woods is influenced by classic country artists like George Jones and/ or Waylon but he is smart enough as an artist to keep this just modern enough to have an update classic sound. Don perfectly hits on several different tempos throughout the album and balances them all perfectly. So the next time your venue is looking for a Power House Entertainment be sure to look for the perfect Blend Don Woods!

Sony/MS1 Music Group is pleased to announce that it has signed up country music recording artist Don Woods. For Don, this is a dream come true, something he has tirelessly worked hard to achieve. The contract is for 2 years, and the distribution deal was signed on February 11, 2019.

Hailing from Alba in east Texas, Don Woods has performed across the country, including the CMA fest for the past five years. He has to his credit the album ’90 proof’ released in 2014, and a single, ‘Everyday Heroes’ released in 2017. Don has been performing country music for over 12 years, and is currently working on a new album.

The big break is just a natural outcome of the hard work put in by Don, who is now ready to move into a high gear, working on new songs and planning national and international tours. Don has performed at several local fairs, and is a regular at the Reilly Springs Jamboree’s monthly country-and-gospel shows. His singles such as ‘Everyday Hero’, ‘Whiskey Melody’ and ‘More Than Dallas’ have aired on the radio.

Don’s dream of being heard across the country has now come true. His agent Clay Dustin, President of SM1 Music Group, contacted him as soon as his company became a subsidiary of Sony Music. The contract will give him the big city exposure he has dreamed of in his twenty years of doing country music, and he is even being considered for acting roles in films.

Story By: One Stop Country

Though many country music lovers feel that the true country sound is gone simply because of what they are hearing on mainstream radio these days, the truth is that it isn’t gone at all but you just have to dig a little deeper to find it. Texas is one spot to dig for it and you will be amazed at what you find. You will find several artists playing a brand of country music that you will love including Don Woods. With his album 90 Proof he blends his influences from the classic era with the modern era giving listeners an album that is undeniably country without sounding dated. He perfectly hits on several different tempos throughout the album and balances them all perfectly. “More Than Dallas” or “If It Wasn’t For The Radio” bring a slower pace to the album that allows Woods’ rich vocals to be the center of the song, while the tough rocking country of “Lipstick On a Cigarette” lets the music add the kick. In between you get a healthy offering of classic era influence as is evident by the sound of the steel guitar on “The Grand Tour” and in the great storytelling on “Some Summer” and “The Ride,” both which use their lyrics to paint vivid pictures in our minds as we listen. There is no doubt about that Don Woods is influenced by classic country artists like George Jones and/or Waylon Jennings, but he is smart enough as an artist to keep this just modern enough to have an updated classic sound. Because of this ability, if Don Woods sits in waiting for the current pop/rock trend of country’s mainstream to pass, then he will be right there and ready to take the reins when the opportunity to do so presents itself.