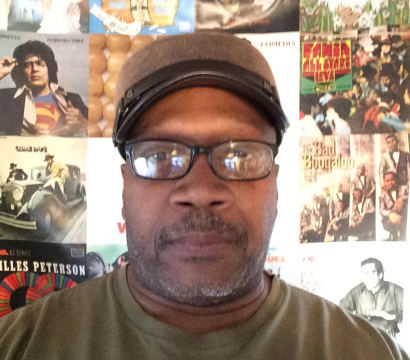 The Duke of Earl's primary passion is soul and r&b music, with an affinity towards "stepping music" but also expertly spins hip-hop and house music.

El Caobo was once the only official SALSA DJ and an authorized representative of the legendary Fania Records label (the Latin music equivalent to Motown Records). In fact, on Fania Records' official website, he was honored to be called "...one of the top Salsa dj’s in the world!" His relationship with this seminal record label is one of his proudest crowning achievements.   He kept this status through two owners of the label and catelog:  Emusic Records and later Concord Records, and until they recently were sold to Concord Records.  On Fania Records official SoundCloud account, you can find one of three salsa mixes that El Caobo created for them:  https://soundcloud.com/faniarecords/fania-mix-con-el-caobo.

As a highly sought after DJ, El Caobo has traveled to cities across the United States (including the very cradle of salsa: New York City) to share what he affectionately calls "salsa de la mata" at venues of all sizes, from dance congresses to local clubs.

El Caobo also teaches salsa and mambo dance! For more than five years, he has taught dance classes during every semester at the Illinois Institute of Technology!

El Caobo and The Duke of Earl have been featured at the following large scale events:

El Caobo also produces and hosts a fully bilingual, Spanish/English, radio show from the University of Chicago's radio station, WHPK, 88.5 fm. The University of Chicago is located in the home community of President Barack Obama and First Lady Michelle Obama: Hyde Park.  He is also the resident DJ of the south side of Chicago's #1 nightlife venue located in the same community, The Promontory!  He can be found there every 3rd Wednesday of the month, spinning salsa, mambo, bachata, merengue and cha-cha-cha.

The Duke of Earl also produces and hosts a radio show from the Illinois Institute of Technology's radio station, WIIT, 88.9 fm.

Anchored by the radio shows that both air on the FM dial and stream live, El Caobo and The Duke of Earl offer simply the very best music and dance entertainment services! When the quality of entertainment matters, El Caobo Internacional is the clear choice!