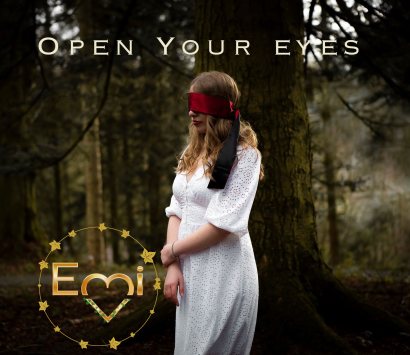 Emi V is a soulful, emotive singer/songwriter from Scotland. A multi-skilled instrumentalist,  keeping her sound authentic and true to her own style.

EP due for release later in the year.

Emi V, at the age of 15, performed at over 40 gigs, 2 live lounge recordings, and 10 festivals all over Scotland in 2019. Highlights include opening the main stage at Culzean Castles 'The Gloamin' music festival, playing the main stage at V in the Park with bookings on breakthrough stages at Eden Festival, Party at the Palace, Live@Troon, Prestfest, K-Fest, Party in the Park, Easterfest and Tamfest.

The only performer under the age of 18y who recorded a Bowie track for the tribute charity album 'Cover Up's' which was released in January 2020. Available on all major platforms with Emi's track being 'Magic Dance' from the Labyrinth movie soundtrack. Profits going to the Beatson charity.

Emi V can also play a covers setlist of up to two hours, covering tracks as diverse as 'Creep' by Radiohead and 'Seven Nation Army' by White Stripes, 'Heart of Glass' by Blondie, 'Lost' by Freya Ridings, 'Angel' by Sarah McLaughlan, 'Big Bad Handsome Man' by Imelda May, 'Lovely'by Billie Eillish and more. Playing some numbers in a post-modern jukebox style.

EXPECT BIG THINGS FROM THIS BIG VOICE IN 2020!!

Looking forward to singing a few of my originals and having a chat with Nikki this Monday!

EP on its way, Recording of my first 3 original tracks nearly complete. Vocals and mastering this Saturday! Looking forward to sharing the music with you <3

Please return to this section for updates

Exclusive pre-release radio play of my second single 'Walking Away' on Amazing Radio with Jim Gelatly! Due for official release 23/04/20.