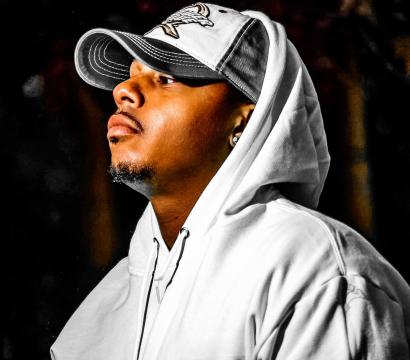 New Jersey born Hip Hop Recording Artist, EvryDay Tony, picked up the pen and pad at 8 years old. Groomed by his older cousins, he quickly became an elite lyricist. He joined Clap Happy Records in his early twenties sharing the stage and touring with Beanie Sigel.

Following that, He and his longtime Producer and Friend Jslant supplied the streets with back to back mixtapes Common Courtesy 1 & 2 and got great reviews.

Following a friends death, EvryDay moved to the DFW area of Texas and quickly immersed himself into the local Hip Hop scene. He met Mrbacc Atit and joined HIttaGaang Inc, a rap label making its name known throughout all of Texas.

Flowman, a once E-World labelmate, teamed up with EvryDay Tony to form a group titled Run The Fade with new music soon to drop.

In 2019, EvryDay competed in a rap tournament Master Of The Mic and won.

Since then, Tony has been in the local newspaper a few times with one article calling him "The Best Rapper You Never Heard About".

At the end of 2020, EvryDay teamed up with multi-genre artist Scarlet Jei Saoirse for 'End Of An Era' which was nominated for an award by The International Writer's Association.

2021, He and Jslant drop a Juneteenth album.

EvryDay Tony is currently working on an album with a hot new producer from Florida named BombMusik.

Joint album with labelmate and brother Re:Zen is also on the way.