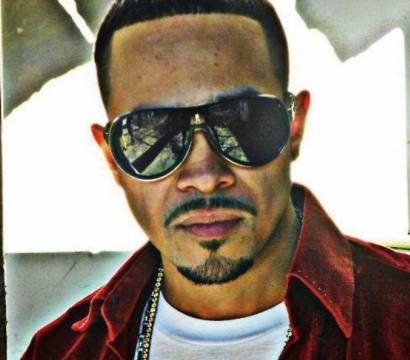 C.E.O and co-founder of Golden Goonz Entertainment, Hector Feliz, (aka F-DUB) hardcore MC, is a down to earth & humble person. A supremely talented writer and performer whose personality traits include being fun, cool, smart, thoughtful, considerate, and focused.

F-DUB was born in the United States in 1983. He lived with his loving mother, stepdad, and younger sister. Growing up in Brooklyn, he aspired to become a lawyer, while enjoying basketball and riding bikes with his close friends. Hanging out with the older crowd, F-DUB always had people looking up to him. Maturing quickly, F-DUB became a leader in his neighborhood. As he got older, F-DUB went thru a lot of pain by losing his grandmother, who he was extremely close to, and by not having his biological father around to bring him up. He was always in and out of school, so he had to attain his smarts on the streets in Marlboro projects. As an adolescent, F-DUB was bitten by the music bug, when his mother played oldies in their home, like Michael Jackson, Donna Summer, Tina Turner and his personal favorite Diana Ross.

In 1998 F-DUB went by the name of Frank White while making music with his long-time friends Soze, NOM, AZ Blaze and others. Making music for fun showed him that he can make something out of it, and he did, putting together his 1st mixtape "Up & Personal". At the time, F-DUB was in love with his long time girlfriend of 7 years who made him back off music for a while. In 2006, his relationship fell apart and he jumped back in the studio with Soze and Nom getting beats from both of them to record his debut album in Gravesend with producer & engineer Luminairy. His first album "Im Back At It,” generated buzz and respect on the streets. Thanks to a suggestion by NOM, half of (Buc-cel), Hector changed his performer name from “Frank White” to “F-DUB” which means “FRANK IS DESTROYING YOU BASTARDS”. The album touched many people with hits like “Son of Sam”, “Oh Yea”, “My Life”, and “Don’t Come My Way”. F-DUB’s name was cemented as a true hard-core street poet and his career was off to an excellent start.

In 2010, F-DUB was looking for a new sound as a landscape for his latest ideas. One evening, he went to a show in Brooklyn starring Zeps, where he met Count Bluntas, a producer from Brooklyn, who gave him a beat CD. F-DUB was enamored with the final instrumental which turned out to be the song "Move" from his second album "Franky The Fist.” F-DUB career catapulted once he and Count Bluntas became a team. Most of the production on the "Franky The Fist" album was done by Count Bluntas which created a bigger buzz for F-DUB with hits like “Came a Long Way”, “Get Buck”, and “I Don’t Care.” This propelled him into making big moves like going on tour to the Philippines with his long-time friends, Mike Swift (Filipino rapper), & J-HON (Turkish rapper).

In 2012, F-DUB officially joined forces with Count Bluntas (President) and they co-founded Golden Goonz Entertainment, an independent music company based in Sheepshead Bay, Brooklyn. The next two projects "Franky The Fist" and "The Lovey Dubby Show" became instant classics and made them become even bigger than before. Respect was earned from the local music community with Count’s extra crisp studio sound, professional recordings, and relentless work ethic. Subsequently, they added uniquely talented artists to the Golden Goonz roster including Bianco, Dama Nilz, Frankie Fingaz, Kool Da Great, MavriC, M-Geez, Moey Toons, and “The SPIX” (Eturnal and Zeps).

In September 2014, F-DUB put out his 4th Solo Album "I'm Back at It Part II (No Love in this Game)" releasing two singles with videos, “Golden Goon Boyz” featuring M-Geez, Xienhow, and Mike Swift; and “Motivator, “ both videos directed by Xienhow for Teamdoneson. The single "Loving You" features Pow Chavez, the increbile filipino singer.

F-DUB spent 2015 promoting his latest album and while touring the Philippines he re-united with Negatibo (People Choice album of the year winner) to complete his latest project "The Best of Both Worlds, Pt.2 (The Saga Continues)". This extended their previous relationship which resulted in the mixtape "Best Of Both Worlds - PHIL-AM Edition" (2013). The title track "Best Of Both Worlds 2" video directed by Renier Bien "Dzhire Uhno" Tajan was released in September.

F-DUB is currently hard at work on his next project, an E.P. titled "Tussie Bwa," tentavily scheduled for a late 2016 release.

On his way to the top, F-DUB never stops working to make Golden Goonz Entertainment stand out from the norm in the music community by providing listeners with high quality songs. F-DUB has toured all over the world including the Philippines, Canada, California, Indiana, China, Japan, Norway and more. F-DUB is making tracks all around the world, like a locomotive, he is unstoppable. Stay tuned to see what F-DUB does next... GOLDEN!

Read more about F-DUB on the Golden Goonz Entertainment website.