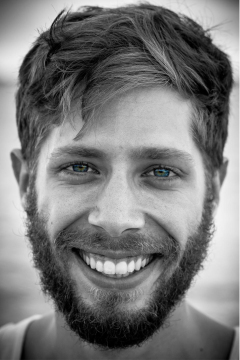 Fabo came to the United States in October 2011 to study Music and Entertainment Business at Full Sail University in Winter Park, Florida. He started playing the piano in the early age of 5 and after 10 years of classical and pop/rock piano lessons he started composing and performing his own songs. He even got printed as the cover story in a local newspaper called "Hallo München" describing him as a hit back in 2011.

Fabo defines his love for music in the creation of Songs. He plays all of the instruments on his songs through his keyboard, which creates uncommen, original ideas that seem to be inspired by the "old school" while integrating parts of the "new school". Being raised bilingual (French and German) Fabo has been exposed to Music from different cultures at a very early age, which contributes to his music style.

Contact Information
Feel free to reach out to Fabo Piano