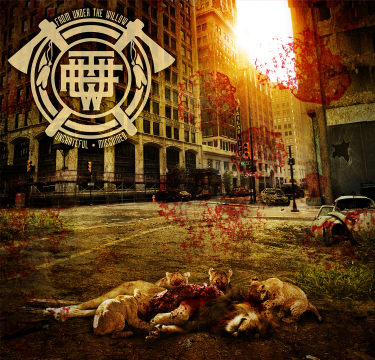 “Outlaw Metal” is a subgenre of rock and roll music that does not follow any terms, guidelines, laws, or standards of any other genre.
(That band was so outlaw metal it was freaking awesome!)

"Imaginative, crass, and rebellious”
Ladies and Gentleman, meet From Under the Willow.

Produced by a strong studio line-up of Atrium Audio (August Burns Red, Texas in July, This or the Apocalypse) and Ricky Armellino (I, the Breather, Carousel Kings), the band's first self-release "Outlaws" is an undeniable mash up of unambiguous one liners, flurried guitar work, sans-tuning triple harmony pop choruses, carefully composed electronics, and a technical heaviness that can only be from the well-known central-PA region. With a seemingly endless bag of techniques, FUTW brings all of the modern flash to the stage without falling prey to the maladies ailing an endless wave of sound-a-likes in the genre, FUTW swaps out the "could be anyone" screams and squashed auto-tune singing to bring an indistinguishable message to each song that could only ever be from FUTW.

CI Records Christmas Show at the Chameleon Club with August Burns Red, Texas In July, One Year Later, Chasing Safety, Brightwell and Us!