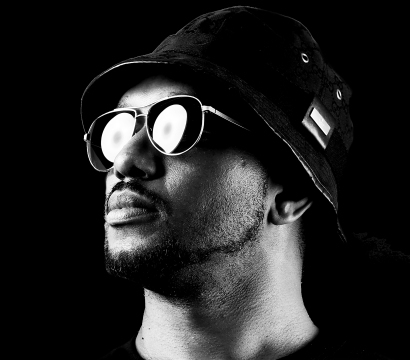 In today's fast-paced culture of opportunism and ambition, you seldom meet an individual with remarkable abilities and a storied history of achievements concurrently anchored in humility. Thus, the virtuoso known as GE-OLOGY is a rare find indeed. During the 80's, the young Baltimore native eventually relocated to New York City, where his multi-dimensional talent was destined to ripen with opportunities that continue to ensue globally. This masterful music producer, exceptionally skilled DJ, and equally gifted visual artist has been acclaimed for over two decades, however he remains somewhat of a mystery. Over the course of his career, he's worked with the likes of Mos Def, Talib Kweli, Jill Scott, De La Soul, Yukimi Nagano (Little Dragon), Jem and even a young Tupac Shakur. After years of producing dominantly hip-hop tempo releases, he defiantly returned in 2015 with the dance floor monster "Moon Circuitry" featuring Mark de Clive-Lowe (his debut single on Theo Parrish's esteemed Sound Signature imprint). It was received in high regard as perhaps one of the top releases of the year in the underground dance music scene (instituting anticipation for his full-length LP scheduled to be released later this year). Although his roots in composing 4-on-the-floor dance tempo music dates as far back as his earliest hip-hop beats, this seemingly "new" direction boldly challenged expectations based on his previous body of work. Yet to the contrary, his very first production appearance came in the form of a collaboration with the Baltimore-based house music legends, The Basement Boys, who used one of his tracks for their 'Those Guys' moniker in 1993. Collecting records from the age of 5, playing instruments from age 9, and DJing since the age of 11...his relationship with music has been a lifelong journey of unyielding education & exploration. There's something very personal, intimate and risky in his approach to playing records that you don't often experience in today's DJ sets. Traveling across continents with selects from his carefully curated vinyl collection, he digs deep, weaving diverse genres that seamlessly coalesce to bring dance floors to life. ■