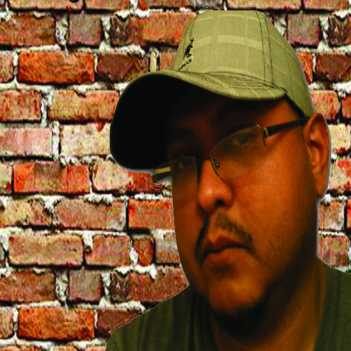 It all started In San Jose California in 1987 at the young age of 12 years old.  I was in jr high  when  I saw my first live dj in the mix. prior to this experience  I had only known what   I had seen in music video's  like GrandMaster Flash & "Jam Master Jay"  of Run Dmc & movies like Beat Street and Breakin'.

I started buying records at a local shop that had all the best underground music from hip hop to freestlye and dj  mixed records. I had started to listen to San Francisco base radio stations like "kmel & ksol , they had  the dopest mixes , They had dj's like Cameron Paul , Alexander Mejia , dj Efx and mc's like Sway & dj king Tech , the late 80's were trully unique.

In 1990 with the help of my parents we open a music store in the central valley, where  I was  expose to  new friends who were into dj'ing and making music. If there's one record  out there that  effected my life it's got to be  Fast Eddie's Acid thunder.  My life forever changed.

In 1991,  My friend Ricardo  took me to my first  party in San Francisco : Toon Town then weekend after weekend other events like Felix the cat / Funky Tekno Tribe / Full moon parties /cool world ,etc.

In the summer of 1993  I was invited to spin in Hawaii by my friend warren aka Hollywood dog lasers. While I was there I played along side  dj's : EFX ,Digit ,Rasoul , Aquatuirm ,Graeme aka Dj La paix ,mouse, dj dan ,hardkiss bros. and many others. After my return back to California , I started promoting my own parties and my first event was in feb. of 94 titled (Catastophic Energy) .
In  months  to come  I was getting  many bookings in sf/bay area where I met & played along side  dj's  Jeno , Carlos , Q-bert , Simon , Tony Hewitt , Ghost , DJ Liquid , Thomas , Dutch , Kano , Eric Thrasher, Scott Ducey , Joe Harp , Jordan , Kevin Kind , Dj Dan, Graeme , Donald Glaude , Joey Beltram , DB , keoki , Jon Bishop , Stevie Loria , Doc Martin , Harry Who , Barry Weaver  , Jon Lee , Dj Trip ,  Pink 6 , Code Blue , RAW , Jason Blakemore , Neon leon , Jason Bently , etc.

In 1995   I had bulit a fan base  in  northern  cal- SF/Bay area. It was time for a big Club event! Its march of 1995 the event is called (Catastophic Planet) the dj line-up is , Dj Dan , Graeme La paix , Carlos , Q-bert and myself. This event was a big success for  my production. From 1993 to about 2001 I dj'ed and produced my own events  in   California and around the United States  from airport to party.

In 2001 I moved to Los Angeles  and started  Volume  a    weekly club event on the sunset strip in Hollywood.  where I played along side  Dj Ernie Vee.

In 2005 I moved to Austin Texas.  In 2006 I return to the decks &  I'm currently into music production and my weekly event is Reverse Happy Hour at Umi Sushi  Bar and Grill in Austin Texas.

Much respect to all the dj's i've come into contact with thought the last 20 + years.....   Peace , Love and House Music.