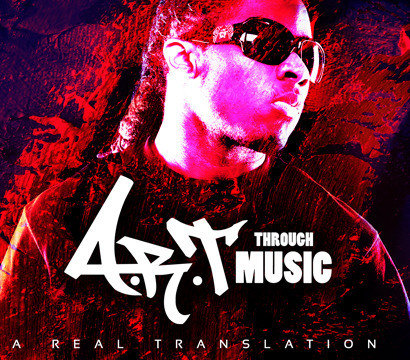 JULZ P is an upcoming star amongst us, not just a rapper, but also an entertainer. He takes his craft of music very serious and the payoff is the anticipation and support he recieves from his fan base. Born and raised in Baltimore, Maryland, Julz began writing musical lyrics as far back as in the 5th grade. Some people acquire talent, but Julz was born with it. His debut album entitled "The Julury Man" in 2008 has gained him numerous features as well as collaborations. His follow up projects include his mixtape “A Scorpio Affair” which was released in 2012 and “A.S.A.2” which was released in 2013. His first debut album “A.R.T. Through Music” drops next year January 20, 2015. He's been the headline performer for a couple “Signature Ink” fashion shows locally as well, but his passion for music goes much further than just rapping, recording and performing. His future goal is to own his own entertainment company and open it up in the Baltimore Metropolitan area to give musicians, performers, etc. in his city a chance to make their break out as he's pursued to do. "I'm just a sponge in the game soaking up as much knowledge as I can to better my self and others around me," one of his most famous quotes. Julz has performed Monday nights at Taylor Made Cafe (6 S. Poppleton St.), Eden’s Lounge, Walter’s Art Gallery, Timonium Conference Center Hotel, Morgan State University, the Bea Gaddy Food Drive, University of Notre Dame, “The Big Sis TV Show” in D.C. and is now currently the co-host of “The Literary Corner” Cypher Mondays every second Monday.

You can connect with Julz at;

Update Required To play the media you will need to either update your browser to a recent version or update your Flash plugin.
Download Download
Back
You Tube
Contact Information
ZIMMERMAN MUSIC GROUP CORP
Email: zimmermanmusicgroup@yahoo.com
Phone: 410-710-9419
Information Request