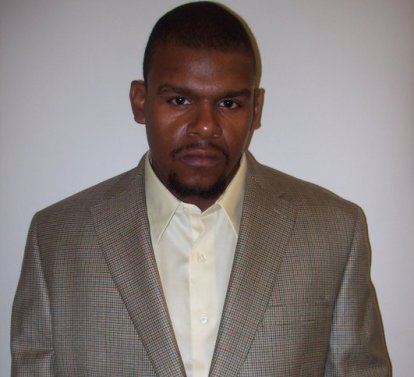 Leighton"L E I"Harris is a Black American contemporary rapper. A candid representative of the streets of Richmond, VA by way of Bronx, NY. He's the head of a new label Paper $ociety Music Group, which he plans to create a home for talented artist to be able to express themselves freely. L E I says"Some of the things I want to do, I can't even speak on. But I'll show you better than I can tell you."

With his new project, The Tester about to drop in streets in weeks, he hopes to gain attention and momentum for future projects. His first mixtape, Allmylife, a project he said was made on Sedwick and Cedar ( the birth place of hip hop), was heralded as a gem  by the streets of Richmond. " I want my city to love me...but Im going for the world...and my city's coming with me."

L E I is a born oppurtunist with a knack for putting words in a certain sync with a flow that's undeniable. He started writing ryhmes at 14, kickin freestyles in his high school hallways or battling at lunch. "We used to skip 5th period and go to all three lunches just to battle!...Standing on the table like YO!" He went on rapping as a pastime. Getting into trouble with the law in 2002 lead him to a 6 year sentence in which he honed his craft. In the months of coming home he created the Paper $ociety. Surely subject to some scrutiny, due the imprints use of the eye of the Illumanati. "This eye goes farther back than the Illumanati...It's the eye of providence. The eye of God that watches over us all." Beside the controversy L E I and the P$MG brand intend to make extraordinary music to ride to. "We'll take it a step further" says L E I. I'm sure they can.