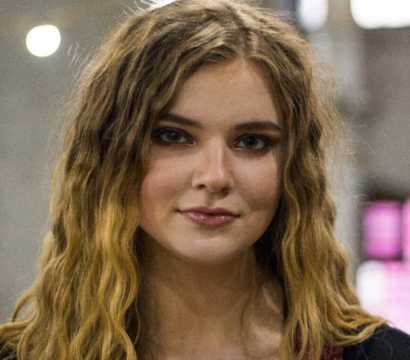 Scottish singer songwriter Lisa Kowalski has built quite a name for herself since starting out as a musician at age 14. Her guitar has been her prop, shield and fashion accessory and the lyrics of her songs have expressed an emotional mix of rejection and yearning, all the time mixed with hope, defiance and a celebration of individuality.
Her natural gift for songwriting has helped her achieve a number of nominations and awards. These include Renfrewshire Live and Unsigned Winner 2017, Radio Wigwam Female Artist of the Year Nominee 2017, Song Academy Young Songwriter finalist 2018, Salute Musicmaker Finalist 2018, Radio Clyde Jim Diamond Award runner-up 2018, , Busk in London Gigs 10 finalist 2018 and Glastonbury Pilton Party runner-up 2019.
Lisa first released music in 2017 with her Free Spirits EP, written aged 14 to 16, that reflected teenage experiences growing up in he home town of Paisley. This included the hometown tribute Hearts of Gold, which featured heavily in Paisley's UK City of Culture bid.
Hearts of Gold's joy-filled video attracted the attention of the American Scottish foundation and Lisa was invited to represent Scottish youth music at the New York Tartan Week 2018 official opening ceremony and parade.
In 2018, Lisa reached the finals of the new Salute UK musicmaker award, playing a finalist's hometown gig at King Tuts and releasing the selected song "I do" as a single. Later that year, she showcased at Dougie MacLean’s Perthshire Amber festival. Lisa has also performed alongside respected Scottish artists James Grant, Carol Laula, Jill Jackson and Findlay Napier.
After a short break in 2019, Lisa is back performing and writing and expanding her repertoire by learning new instruments, self-producing and trying new sounds. All of this is evident in her latest single No More Time, a punchy, alt-rock song about breaking out of a toxic situation. Reviewer “The Rocking Magpie” gave this review:
“Scottish singer-songwriter Lisa Kowalski came onto our radar with her single I DO in November 2018 and we sat all excited like; waiting for the follow up or; better still a new album. Sadly things didn’t work out well in her ‘real life’ and she lost the desire to write or record. But, you can’t keep a songwriter down for too long and, more importantly ……. never upset a songwriter! Sit back, open your ears …… and your heart; and really listen to this wonderful and powerful song.”
New song writing ideas and influences will no doubt come from Lisa’s residence in the Netherlands as part of her University’s music exchange programme, although as at March 2020 this is paused due to the Coronavirus pandemic. This has also meant that Lisa’s Renfrewshire Culture and Heritage fund project to deliver another song and video about Paisley and to perform again at New York Tartan Week will be delayed until 2021.
In the meantime, Lisa looks forward to working on a fresh batch of her honest, emotive, life-inspired songs and to getting back out to perform and connect with audiences just as soon as this is possible.