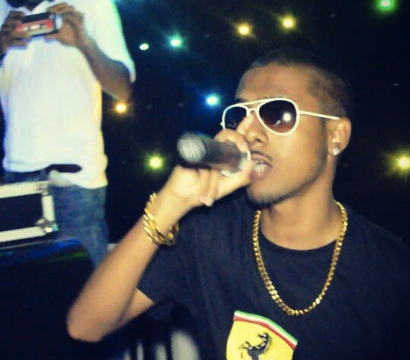 LUCA DAYZ is an award winning R&B recording artist & songwriter. Well established and experienced in the game, having performed at venues across the globe. He is currently working with Warner Music Group. Luca Dayz is also the founder and CEO of the renowned international record label Bentley Records.

After several years of growing as an artist and perfecting his writing and producing skills, 2011 became his breakthrough year. During the same time he received massive support from his mentor, Grammy Award winning producer Troy Taylor.

Starting his career as a songwriter, having written hits for many top artists, in 2011 Luca started his solo career. Same year he released his debut mixtape, the "Sparktime 1.0". Writing and producing majority of the tape himself, as well as serving as the executive producer on the project, the disc was a wonderful introduction to a multi-dimensional artist who has been waiting in the shadows. Shortly afterwards he started working as a producer on many different projects.

After working for two straight years in the studio Luca released his award winning 2nd album on June 06th 2013, known as "Intimate Conversation". On this project he worked together with some top ranked names in the business, including Grammy winning multi-platinum artist Lloyd, as well as other world class artists, producers, engineers & some well known songwriters. In early 2013 he kicked off a world tour promoting his tape sponsored by Cash Town Entertainment to which Luca was signed to at that time. Having covered most of Europe including venues in Germany, Netherlands, France, England, Luxembourg, Switzerland etc, the tour continued in Asia. Starting in the beautiful Maldives islands, later heading to Thailand & Singapore. To this date he has done over 50 live concerts all across the world.

As of now he has produced and worked in over 200 tracks from various artists and has worked with major labels including Universal Music, Sony Music, EMI, Kontor, Zooland etc. He has dropped 4 mixtapes altogether and has been a part of various compilation albums.

Luca Dayz' music has featured in major radio and TV stations worldwide including MTV and VH1.

He is currently working on his upcoming EP with Warner Music.

We would like to warmly congratulate Luca Dayz on signing with Warner Music Singapore, part of Warner Brothers Records. This is a monumental achivement after many years of work. Thank you to everybody who has supported us over the years on this journey. More news will follow soon.

The "Sweet MF" music video has officially crossed the 1 million mark. Thank you to all the fans.

The Official Luca Dayz App at final stages of developement!

The Official Luca Dayz App will be available very soon for the fans. The initial stages of developement has finished. The beta version is currently being tested.

We are proud to announce that Luca Dayz has received the a plaque from IAS commemorating his successful album release.

Luca Dayz has been nominated for an award by Virginias Independent Artists Society. Pls support him win the award.

Congratulations to team Luca Dayz! Intimate Conversation album has been downloaded more than 25,000. Thank you for getting us towards bronze.

Luca Dayz will be collaborating on a new song with prominent R&B singer Lloyd this month! Stay tuned for more infos..