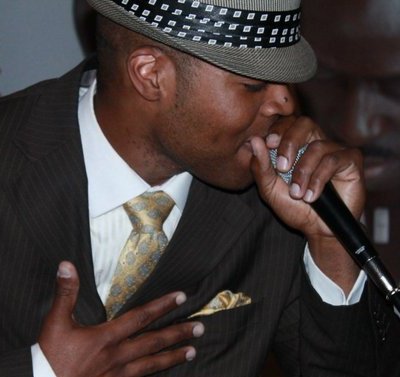 Lyrikill was born Matthew Davis in Kingston, Jamaica. His family relocated to Connecticut when he was just three years old where he went on to spend the majority of his adult life. His parents made it a point to take annual trips back to Jamaica in which Lyrikill attributes to not losing touch with his culture. Lyrikill grew up listening to all the great reggae oldies such as John Holt, Desmond Dekker, U Roy, Sly n Robbie, etc. As he got older he began to listen to artists like Beenie Man, Bounty, and Buju who just so happened to be his favorite artists as a teenager. Lyrikill has always had a love for writing and poetry, which was often reflected in his schoolwork, especially writing assignments.   In 8th grade, Lyrikill won 1st place in a rap contest that he entered at the last minute due to his peers urging him on. Throughout high school, Lyrikill would write poems to woo his female peers and the responses made it clear to him that he had a way with words. After graduating high school in 1998 and getting married in 2000, Lyrikill focused on his career in construction as a pipe fitter. Unfortunately, that meant that writing would eventually take the back seat.

However, in 2005, Lyrikill relocated to Georgia where his love for writing was brought back to the surface. Lyrikill joined an Internet site where emcees would 'text' battle and won all but the very first competition. During the early part of 2008, Lyrikill recorded his first song, which received great feedback. This was just the confirmation he needed to pursue music further. Since then, Lyrikill has never looked back! Living just thirty-five minutes from Atlanta, Lyrikill has become a regular on the music scene performing weekly at the famous Apache Café and Mingles, LLC. Over the past few years, Lyrikill has developed into an amazing writer, recording artist and performer with guidance from long time friend Lorenzo “Levels” Brown.

In March of 2011, Lyrikill performed at the Apache Cafe and later that night during the open mic showcase, he was exposed to an Artist name Nntumba and another name Metaphor which just so happened to be the CEO of Meta4ever Musik & Entertainment.  Lyrikill was humbled by their masterful performances and knew that he had exchanged contact information. The following day, Metaphor sent Lyrikill an instrumental. Two days later, the song entitled “Luv Da Gurlz” was completed and Lyrikill had arrived. He went on to sign a record deal with the label and the rest is the future.

Artist Quote: “Just having the ability to see the audience enjoy themselves and respond to my words is truly a blessing. Every single day, I look for ways to grow as an artist, but most importantly I strive to better myself as a person.”

Finally broke into m homeland! Oh yeah, this will be on the forthcoming album, M.I.S.C. Music Is So Contagious!

I would like to officially welcome Tameka Dawn to Meta4ever Musik. She is an amazing R&B Singer/Songwriter and I can't wait til' we do our first song together. Check her out at www.tamekadawn.com.

FREE LYRIKILL MIXTAPE!!!! Big ups to my homie Dee Jay Three-Sixty for hosting this project! I hope you all enjoy this free download of about 30 mins of LYRIK-ILL!!!

After months of grinding, writing and recording, we finally have completed my debut album entitled M.I.S.C. (Music Is So Contagious)! Set for release this fall, I am extremely excited about the efforts and thought that was put into this project. More details to come!

It's offical! New Zealand Producer, Factor has officially signed with Meta4ever Musik & Entertainment and 3rd Rail Productions. Welcome to the team! Factor produced three songs on my debut CD including "Boo Bear"! In addition to producing tracks for my debut CD, Factor has produced tons for tracks for my mix tape and other projects.