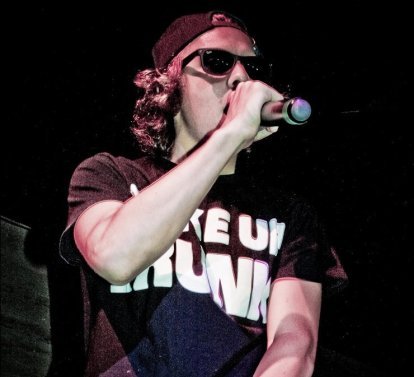 Maher “Munch” Hachem is a 19 year old aspiring artist with a background of Lebanese and German decent, born and reared in the suburbs of Detroit, Michigan. He developed a passion early on for writing poetry in Elementary School and during his high school years the passion gravitated more towards the realm of Hip Hop. For Munch, writing songs was simply a hobby, but during his sophomore year of high school is when he realized that he wanted to pursue being an artist and dedicate his life to the art form.

In early 2011, Munch's demo was discovered by a Windsor, Ontario management company 1Dream Entertainment. The founder of 1Dream, Omar Nizam, felt that Munch brought a different kind of edge to the Hip Hop world. Omar ultimately introduced Munch to Brandon "Sugar Shad" Deriveau, a Windsor-based producer that has affiliations with other 1Dream artists.

Munch drew his musical inspiration from the likes of notable artists such as Kanye West, Tupac, Notorious B.I.G, Tribe Called Quest, Wu Tang, Kendrick Lamar, and Jay Electronica.Munch has improved at his craft incredibly in a short span of time to show his dedication. His unique style has impressed producers such as Tony "56" Jackson, who has worked with Eminem and the group SlaughterHouse. Also, producer Vinny Idol that has worked with the group D-Block, Jadakiss, Styles P, Fred the Godson, and others. Tony "56" Jackson and Vinny Idol are the executive producers of Munch's first mix-tape entitled "The New Kid", which was released on October 2012 under 1Dream Records. Munch has also been co-signed by EDI MEAN, a member of Tupac Shakur's “Outlawz”.

Munch most recently caught the attention of Nicki Minaj’s American Music and Grammy award winning producer Winston “BlackOut” Thomas. BlackOut who has worked with a wide range artists such as Ja Rule, Jim Jones, Mims, Fabulous, Bun B, Jason Derulo, Ciara & Nicky Minaj to name a few. The two have recently worked in studio and have created incredible songs together thus far. BlackOut is extremely excited about the lane and direction Munch is currently in. He feels that Munch will make his own imprint in the music industry very soon.

Munch is currently attending his first year of college at University of Michigan. He plans on obtaining his degree, while simultaneously pursuing his career within the music industry. He plans on being sincere and truthful about his music, speaking on his own life experiences. He has no plans on being a carbon copy of any current main stream artist. Munch has always been known for his strong work ethic and will continue to strive for success to make a significant impact throughout the world.