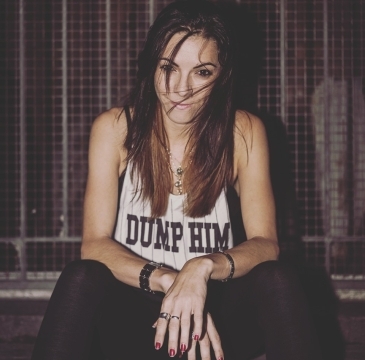 Magnetik Zu has been playing her Zunique House sound for over 5 years. A lover of all types of house music she believes in the DJ creating new sound on the spot and favours looping beats and layering sounds with lyrics across 2-4 decks.

First making her name known in Sydney playing alongside The Bloody Beetroots in 2015, Magnetik Zu then was booked for successive shows at Home Nightclub throughout 2015 and 2016. Your Shot - Australias infamous DJ competition saw Magnetik Zu be shortlisted to play an epic set that did not give her winning rights but more experience and knowledge of the industry. She was selected to launch the Priviliged Soundz events alongside Australian DJ A-Tonez taking her show playing to non stop monthly performances in Sydney. Playing Sydney was only a stepping stone as she reached the DJ decks of Hamilton Island and the Gold Coast on a regular basis. Her greatest achievement in 2016 was playing in Los Angeles at a local event and even getting a sneaky 30 minute set aboard the Groove Cruise Cabo.

Magnetik Zu was given a Friday night weekly residency DJ spot at the Basement Bar for the year 2017 in which not only did she play she also was able to have her company ZuReal Artist Management be responsible for all the DJs that played in the venue and she built a team of 6 DJs that rotated on a regular roster. Her aptitude in finding DJ talent has kept her at the top of venues list when searching for DJs and recently Magnetik Zu has put her name to the ZuReal DJ School where she is also the head of Training & Artist Development. Not shying away from a challenge Magnetik Zu created Random Nightz an event developed and promoted by her that revolutionised the opportunites for DJ's to play live in Sydney.

2018 saw Magnetik Zu travel to the USA where she played at three different events in August across the states of California and Nevada supporting inspirational artist John Beaver.

2019 brought Magnetik Zu a monthly residency in Airlie Beach playing The Shed Bar, Mama Africas and Boatys as well as managing her weekly timeslot and DJs at the Lot.One establishment in Sydney. The month of April saw her extend her skills into Artist Management where American based DJ/Producer John Beaver asked her to manage his team for his Coachella appearance ensuring his performances at the massive festival were beyond expectations for all that attended.

2020 is dedicated to producing and her track “Stay” was released in January to Spotify receiving great support from the fanbase she has built, defining her sound of gritty basslines with techno and tech house elements. Her love of vocals is a prominent feature as she begins to release music with the lyrics she writes.