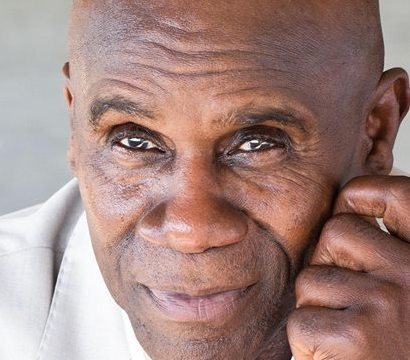 Music has been a constant in the life of MARVELOUS MOE MORRIS.

His connection to music started early. In fact, as early as 6, he tried his hand at song writing. Although his first penned song was not a hit, he continued exploring music in his hometown of Sandersville Georgia. He sang in the choir at Tennille Grove Baptist Church. Throughout high school he participated in the Glee Club; he was the marching band's drum major and student director; he played alto sax and was lead singer of the local group, The Soul Sensations.

When Morris served in the United State Marine Corps, he found a way to stay involved with music. While stationed in Okinawa Japan, he worked as a DJ at radio station KSBK and, of course, he found a way to sing by sitting in with various Japanese Bands.

After leaving Japan, he attended the National School of Radio and TV Broadcasting and Georgia State University to study Commercial Music and Recordings. His education pursuits unveiled plenty of opportunities. He became DJ and Sports Caster at WRAS radio. He served as host and MC for concerts and events. He worked many years with The Helen Greer Agency as a Booking Agent. He later went on to start his own agency, MRPP Agency and booked national acts around the country. He flipped the script a bit when he became the talent buyer and club manager for the famed Peppermint Entertainment Complex in Orange New Jersey.

Music and entertainment have always been a constant in the life of MARVELOUS MOE MORRIS but Singing is his passion! Whether with the church choir, the bands of Okinawa, local singing groups like Original Southern Travelers in New Jersey, open mike nights, or talent shows - MO would always find a place to sing.

After retiring from the military in 2014, MOE decided to finally establish his singing career. Armed with years of professional music business experience, he recorded his first song. His debut single, "Tell Me Why You Wanna Keep Coming Around Me" is a soulful, old school-flavored tune penned by MARVELOUS MOE MORRIS. MOE says a personal relationship led him to write the lyrics. With his 'never quit' attitude, he's back in the studio working on his next single, "Running Kiss"

Having worked with some of the best over the years, MOE has studied stage appeal and fan satisfaction. He excels in both with his stage show. When he comes your way, you should check out his show. In the mean time, enjoy his new hot single, "Tell Me Why You Wanna Keep Coming Around Me". Get to know him - you'll soon have the answer to the tune....and you'll keep coming around too