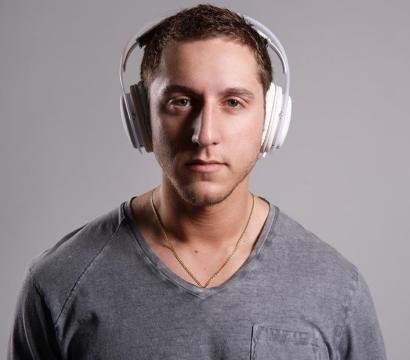 Massacur (real name: Nicholas Massa) is a New England-based electronic music DJ/Producer performing at over 150 shows in 2013 and upwards of 100 thus far in 2014. A 23-year old performance DJ, Massacur has been taking over the northeast scene for the last two years, gaining high-profile club residencies as well as landing prestigious headlining/supporting slots on big venue shows.
Born from the ashes of rock music, Massacur has become known far and wide for his outstanding speed mixing skills and unique blending of traditional rock/old school throwbacks mixed in an electro/tech style. Massacur is an expert when it comes to adapting to his crowd and venue, expertly navigating deep house, tech, progressive house, techno, and his signature electro-mashup blends. While his style fully embodies the meaning of DJ “versatility”, he has garnered an extremely loyal fan base by remaining true to his signature sound, developing into one of the northeast’s premiere DJ’s.
Massacur’s swift rise and notoriety within the EDM community began as a frequent headliner in the western Massachusetts rave scene. Over the last year he has focused outwardly and has since been featured or held residencies at some of the northeast’s top nightclubs and has shared the stage with a variety of the scene’s biggest talents. With his growing arsenal of popular studio-produced work and consistently stellar crowd pull, Massacur has had the pleasure of spinning such notable venues as Shrine (at MGM Grand Foxwoods), .:Therapy (Providence), Webster Hall (NYC), Rise Nightclub (Resident DJ, Boston), Boutique (Hartford), Jevel Dance Club (Resident DJ, Springfield), The Reserve (Resident DJ, Meriden) and countless others.
Massacur has been featured on numerous radio shows and has had his music spun by DJ’s both live and on the air all over the country. Over the last three months he has been featured twice as a special guest on Connecticut-favorite KISS 95.7 as well as Boston’s popular Evolution 101.7 Underground and WEMF Radio Boston; he has also done guest mixes for iHeartRadio, Hits 94.3 WLZX, Rageaholics, and Buzz Radio with Randy Boyer, the latter having featured his “Livin’ on a Prayer” remix live every week since its July release.
With his first remix of Tritonal and Paris Blohm’s “Colors” having been released in early March 2014 and a slew of releases set for later this year, Massacur is poised to begin his journey into the national and international scenes. He is currently signed to Boston-based crews “Rabbit Revolution” and “So Dope Productions” and is sponsored by CT-based “Nightlife Nutrition”.