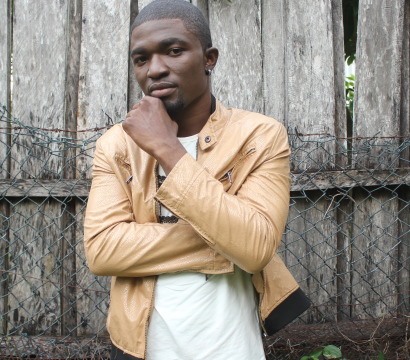 Born "Ramone Drake" in Linstead, St Catherine, Jamaica, This singjay/song writer got his musical calling at the tender age of fourteen. Ramone decided on a moniker that best suited his vocal style and way of putting melodies to his lyrics, hence the name was born "Melloquence" a fusion of the words melody and eloquence.

He first came to the public’s attention when he made the top ten on Jamaican Television Jamaica's Magnum Kings and Queens of Dancehall competition, although disappointed by being unable to reach his full potential in the event, Melloquence soon returned stronger and more determined and has since gone on to write and record numerous tracks including 'Champion' the hit theme song for the biggest reality show to hit Jamaica's tv land "Wray and Nephew Contender".

In 2013 he released a 35 track mixtape entitled"#GO4MINE" which was featured on many websites including datpiff.com that still continues to rack up downloads .He also released 2 videos and several other singles throughout that year did well on radio especially his song ‘Starizma(Star Life)’ on Frastwinz Music’s Starizma Riddim.

2014 saw Melloquence doing some major colaborations with international super star Elephant Man on the track ‘Hold Me’ which is featured on VP Record’s ‘Rise’ album, also another big combination with Billboard chart topping singjay/producer Serani on the track ‘Party Tun Up’ which is becoming immensely popular and has made it’s way on to various charts including the Beatport Reggae/Dub.

His undoubted vocal talent and writing skills have impressed both music insiders and listeners alike,he has composed lyrics for artistes like: Beenie Man,D’Angel,Elephant Man & Romain Virgo just to name a few. Upon listening his music one can easily ascertain that this humble & talented individual is poised for success.

Less than two weeks after being officially released, Serani and Melloquence's 'Party Tun Up' has made its way to the reggae/dub charts on Beatport, one of the largest online music stores.

The single, produced by Switzerland's Johnny Roxx of Bikini Ape records, debuted at number 32 on the Beatport radar, days after it was available online, and has since made its way to number 10 on the chart.

Both artistes are no strangers to this chart as Serani's No Games was a top seller in 2009. This marks Melloquence's second time gracing the chart as his 2013 dubstep release, Rolling Up, peaked at number 6.

This colaboration is Melloquence's second effort with an international Billboard dancehall heavyweight as he recently collaborated with Elephant Man, Hold Me, featured as the lead single on VP Records & Weedy G Soundforce's upcoming Rise album.

The young singjay is very much pleased with the attention his music is getting and feels motivated to do even greater things musically.

"The Beatport charts are based solely off music sales so, for my music to reach there, more than once just confirms to me that people actually like what I'm doing and I have genuine fans who purchase my songs, even in this age when music sales, worldwide, are said to be at a low. This just motivates me to continue working on my craft so I can be a better artiste," Melloquence explained.

He wants fans to listen out for upcoming releases, Target, produced by UIM Records, and Feel The Vibe, on Frastwinz Music's 'Better Daze' rhythm.

UP-AND-COMING singjay Melloquence said he hopes to ride a wave of success with his latest single Party Tun Up.

The track, a collaboration with Serani, was produced by Switzerland's Johnny Roxx and released last week.

Melloquence was upbeat about the project.

"This will show the world who Melloquence is and what I am capable of delivering as an artiste. It's a song which is fitting for the summer as it gives off a happy feeling," Melloquence said.

The singjay is also buoyed with his recent release Hold Me, a collaboration work with Elephant Man.

"Hold Me is one of those songs that a DJ can play in a dance and get the females to 'bruk out' while, at the same time, it's radio friendly and commercial enough to be played at a family event and buss the place. It's just a 'feel good' song and right now the music needs that," the 26-year-old explained.

Melloquence, given name Ramone Drake, is from Linstead in St Catherine. He first came to the public's attention after making the top 10 of the 2008 staging of Magnum Kings and Queens of Dancehall competition.

The singjay said despite not earning a spot in the top three, his musical spirit was not dampened.

"I was and is still determined to make it in the music industry. It's not going to be easy as I won't record songs that goes against what I believe. I refuse to gain popularity that way," he said.

His other releases include Champion, Star Life, Go For Mine and Stars R Us.

The summer is gearing up nicely for recording artiste Melloquence who recently released his mixtape titled Go4Mine, an effort that is already being lauded as 'the mixtape of the year by listeners.'

Melloquence cites the making of this mixtape as a strategic move and is confident this effort will have a positive impact on his growing career especially in the streets since physical copies are being distributed islandwide. "People normally say that any 'ting free no good', but in this case' it's not so because we put in a lot of work in order to showcase my talent to those who may have heard my music before and just want prove how consistent or versatile I am and also to those who have no prior knowledge of Melloquence, it's more like an introduction," the artiste explained. "So far the reception has been great online too because it got over 2000 views on Datpiff.com within a hour of its release and the downloads from the mediafire link keep climbing daily plus wi ago roll out wid' the cds this weekend in the streets so it can only get better from here on," he concluded.

Anyone who wants a free copy can email Melloquence's publicist at Mediaworthy.pr@gmail.com or visit his fan pages for the download link at: www.Facebook.com/Melloquence or Twitter @Melloquence.