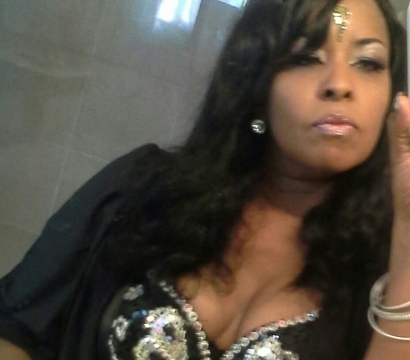 Naija w/ SoulFul Soundz,(BAND) by way of Dallas, Texas mixed with the Midwest, came together as one HOT ACT to be reckoned with! Cover band With a reminiscent of Chaka Khan, the late Teena Marie, Minnie Ripperton, with a healthy dose of funky rhythms thrown in for good measure. OLD SCHOOL AND NEW SCHOOL… A track record of performances throughout Dallas/Fort Worth, Austin, Texas. Exclusive Interviews with The Leak Magazine and YoRaps Magazine NEXT2BLOW Press Released 2010. Ms. Naija have been selected as a 2013 Urban Underground Music Award Nominee for INDIE ALBUM OF THE YEAR The 2013 in Dallas, Texas. {REVIEWS} "Not only is Naija great looking, she's loaded with Talent! " An R&B sensation,the kind that you get once every 10 years, We can listen to her All Night"~ House of Blues Dallas reviews< Where in the hell she come from and why isn't she further than she is?" two Dr.'s reviews Clicks Nightclub, Arlington, TX.~

One of our HOTTEST ACTS YET!.. Naija w/Soulful Soundz Band, High-energy, R&B, Jazz With a style and versatility so unique, Naija also known as the Empress is about to take R&B music by storm. SoulfFul Soundz has played for recently for R&B Recording artist KeKe Wyant and Jon B. IN 2006 MR. Aaron Weaver, CREATED A BAND,SOULFUL SOUNDZ, WITH A VISION AND PLAN TO BE A LOCAL AND NATIONAL BAND/PRODUCTION COMPANY TO ACCOMPANY LOCAL AND NATIONAL ARTISTS AND VENUES. SOULFUL SOUNDZ HAD THE OPPORTUNITY TO SHARE THE STAGE IN MINISTRY WITH GOSPEL ARTISTS SUCH AS: FRED HAMMOND, MYRON BUTLER an LEVI,BEBE WINANS,VANESSA BELL ARMSTRONG, JOANN ROSARIO,CRYSTAL AIKIN,TOMMY YOUNG WEST, and More!

Naija’s Recordings & member of the ASCAP Foundation, on her EP’ are all written/arranged by Naija also, "I had the pleasure of remaking the recording of the well renowned Film 'Boomerang' Soundtrack Hit ' I'D DIE WITHOUT YOU ' by PM Dawn, originally written by A. Cordes, added to the composition works by Naija.. ALBUM COMING SOON!

A Soulful elixir that soothes the soul and warms the heart in every note created a sound thats uniquely hers, but she makes you think of those that paved the way ..Chaka Khan, Teena Marie,Minnie Ripperton, she has a remarkable trademark of a vocal style very distinctive and very passionate. 2 Words....BE AMAZED !!! NAIJA w/ SOULFUL SOUNDZ BAND

You can find more of Naija and Soulful Soundz at the following Links:

I'd Die Without You ~

I'd Die Without You “I had the pleasure of remaking the recording of the well renowned Film 'Boomerang' Soundtrack Hit ' I'D DIE WITHOUT YOU ' by PM Dawn, originally written by A. Cordes, In honor of the works, an updated arrangement to the composition works by Naija..All Rights Reserved. The Track is FYHA' and express vocal gymnastics elements! Enjoy my Creation! Thank You for Listening ;-) Ms. Naija~

Come Go With Me~

'Come Go With Me'

With a Style So Unique! Ms. Naija Puts a NEW Sound/SwaG on the R&B Genre! Written/Arranged/Mixed by Ms. Naija, Also Mixed/Mastered by Grammy Producer StevePaul in Deep Ellum~Dallas, Texas. Composed by JCie & Devon out of Florida!(thank you Lauren W. :-) Devon blazed the Bassline!!! ) Dallas' Own R&B Soul Diva

Ms. Naija have been selected as a 2013 Urban Underground Music Award Nominee for INDIE ALBUM OF THE YEAR The 2013. The Urban Underground Awards Show is tentatively scheduled to take place on Saturday, September 21st, 2013 in Dallas, Texas..BRINGING RECOGNITION TO THE NATIONS HARD WORKING UNSIGNED/UNDERRATED TALENT OF ALL GENRES OF MUSIC, FASHION, BLOGGERS, etc. + in 20 categories.  This event will recognize all talent Annually. Confirmed by industry Professionals.

THE LAKEWOOD THEATER- 'MANY FACES OF A WOMAN' CONCERT

THE LAKEWOOD THEATER,1825 Abrams Pkwy,Dallas, Texas, May 12, 2009 Ms. Naija w/StruXtr CONCERT titled MANY FACES OF A WOMAN, Tickets sold by TicketMaster. (THIS IS A PAST EVENT PLEASE REFERENCE THE DATE IN THE DESCRIPTION)

KNON 98.5 RADIO 'THE VOICE OF THE COMMUNITY' EXCLUSIVE INTERVIEW

(THIS IS A PAST EVENT PLEASE REFERENCE THE DESCRIPTION DATE)

HOUSE OF BLUES-DALLAS- Sept 5, 2008, OPENING ACT for RnB Artist Anrica...Ms. Naija & The Quiet Storm Band Performance- Covers Go Outside In The Rain (milira), Aint NoBody (chaka kahn), Spoiled (joss stone). BRUNG THE HOUSE DOWWWNNN!!  Reviews: 'We can watch and listen to her All Night' : 'We thought Ms. Naija was the Headliner'! Naija's Entertainment Attorney attended this event and was blown away by the Performance and stormed back stage at Awwww !!! (THIS IS A PAST EVENT, PLEASE REFERENCE THE DATE IN THE DESCRIPTION)

( THIS IS A PAST EVENT PLEASE REFERENCE THE DESCRIPTION DATE)

Sharing my creative works with YOU! My Music, From your Ears, to your Heart.
Be Infinite Love, Be Peace, Co-Create, We Are ONE! Allow yourself to do what you want to do and let go of controlling whats happening..FreeFlow in LOVE.. Its an Infinite Benevolent Wave of its own.

SHINE YOUR HEART LIGHT~VICTORY OF THE LIGHT!

THANK YOU ALL FOR YOUR SUPPORT! <3
Information Request