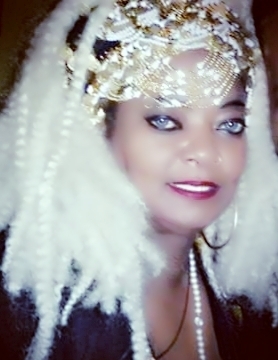 Mz. Sumac, the daughter of a Legendary Blues man Craig Horton was born and raised in Arkansas and have been pumping up the Blues, R&B, Jazz and Gospel all over the states. She has developed into her own style of soul and blues singing, wowing crowds with her exciting live shows.

Mz. Sumac has opened for the great Millie Jackson in 1988, in 1991, Mz. Sumac was honored to sing with the late Ray Charles as the City of Richmond, CA presented him the Key to the City, Mz. Sumac has toured Montego Bay, Jamaica and Cozumel, Mexico and was the featured vocalist for the Oakland Raiders returning to Oakland singing a National Broadcasting song “Let’s Hear It for the Raiders”. A photo of Mz. Sumac is also posted in the United Kingdom (UK) magazine featuring Blues artists around the world.

Mz. Sumac entered Memphis, TN with her band to compete in the 22nd 2006 International Battle of the Blues Challenge competing against hundreds of bands from around the world representing Sacramento Blues Society winning the Semi-Finalist spot.

Mz. Sumac, since 2009 sponsors and promotes her own Blues Benefit and Festival in her hometown of Bigelow, AR. While visiting her hometown Mz. Sumac was honored to open for Bobby Rush in Little Rock, Arkansas.

Mz. Sumac, for the last 2 years, has performed her soulful style at the Sacramento Jazz Festival, Antioch Rivertown Jamboree Festival, Pittsburg Blues Festival, Oakland Blues Festival and the Monterey Blues Festival appearing on the President Stage., Mz. Sumac also has headlined at the Pittsburg, Ca Seafood Festival 2 straight years.  With your continued support Mz. Sumac will surely succeed, with her signature voice it surely will take her around the world. One listen--and you will be in Soul Heaven.

Mz. Sumac would like to thank God for his guidance in opening doors to many journeys to come in this entertainment business unforeseen.