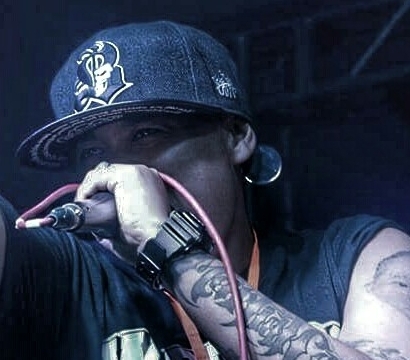 BIOGRAPHY:
Emmanuel Magantos aka NEGATIBO...started to view “RAP MUSIC” as his passion in 2005 under his mentor RAIZA of the label rap group KARAYAMA under SYNERGY MUSIC. Emmanuel used the name “NEGATIBO” as his Rap Name, because all the negative things and trials that happened in his life made him much stronger as an individual.

NEGATIBO had shows in bars inside & outside the metro, out of town shows and even several tv guestings as well. NEGATIBO became part of INTENSITY 9.0 and released his 1ST INDIE ALBUM TITLED.... SYMPHONY OF HATE.... but after a year INTENSITY 9.0 disbanded then NEGATIBO became a part of... MARTIAL CAMP RECORDS under the supervision of MC NASZTY ONE ( CEO of MARTIAL CAMP RECORDS )AND RELEASED HIS 2ND INDIE ALBUM TITLED ANGER MANAGEMENT...

NEGATIBO also dominated his FLIPTOP BATTLE DEBUT @ FLIPTOP (nowadays most popular and must see rap battle league in the internet) and now garnering respect as one of FLIPTOP’S dopest battle emcees.

NEGATIBO also worked with international artists such as DIRECTOR WAYN TRAUB ( BELGIUM'S NO.1 FILM/ THEATER DIRECTOR), DJ PREPARE OF HONG KONG, for a TOUR SHOW ALL OVER FIVE EUROPEAN COUNTRIES such as BELGIUM, HOLLAND, FRANCE & GERMANY. The EUROPE TOUR SHOW LASTED by Eight months from late 2011 & early 2012. Also had a role in the EUROPIAN FILM titled “PETRUS THE ROMAN” directed by WAYN TRAUB & was played in major theatres around BELGIUM

Negatibo dominates the scene with his Music and rapid fire wordplays