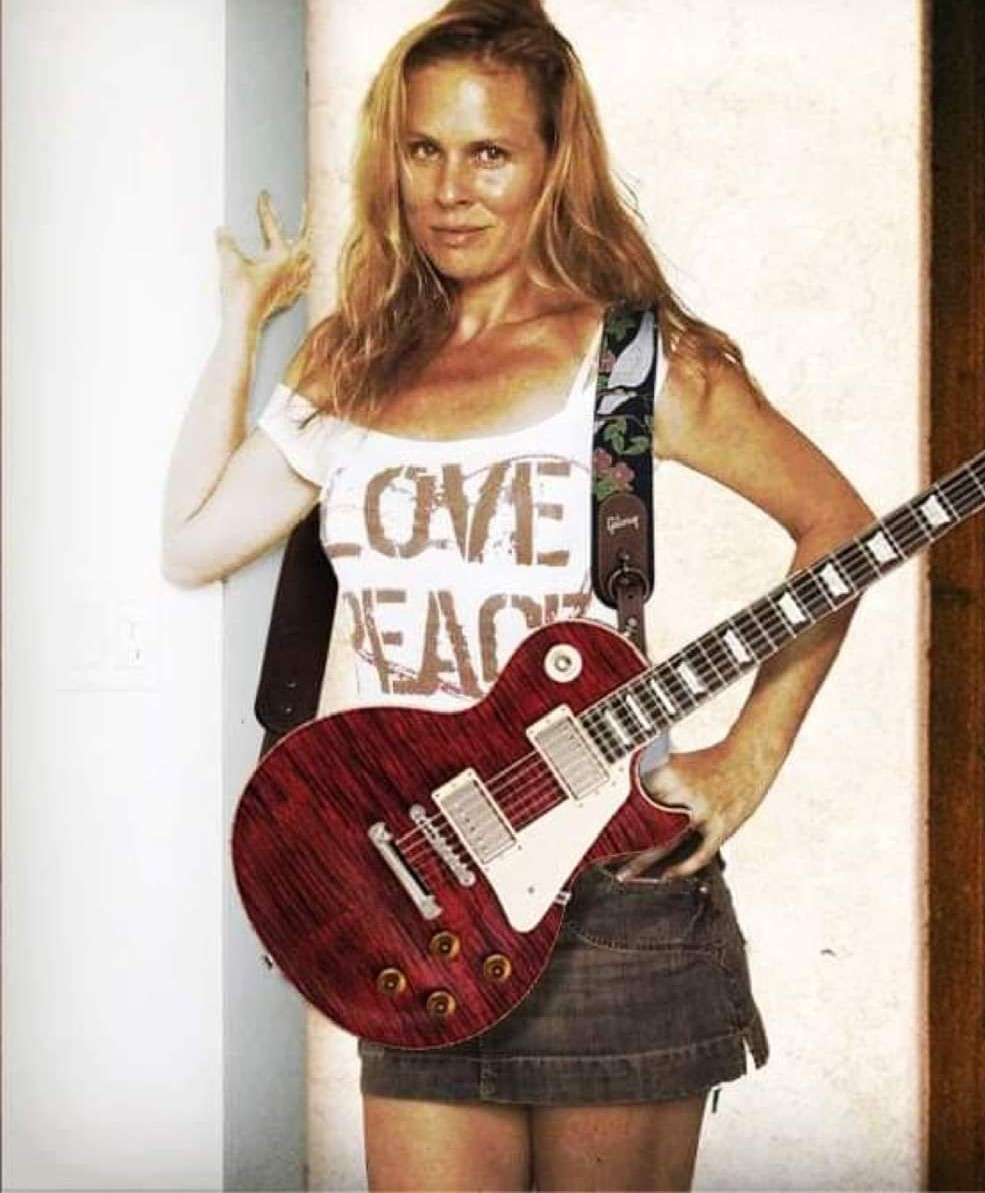 Nicole Couch was born in Chicago, Illinois and raised in rural Mississippi and Memphis, Tennessee.

Around twelve years of age She picked up the guitar wanting to smash the fuck out of it due to the difficulty for a beginner in producing an instant tone as opposed to the ease and instant results of touching an ivory key designed to produce a pitch instantly.
But as per her nature she persevered.

During this time Nicole also began developing her voice and living 20 miles from Graceland, Elvis was her earliest and most profound vocal influence in addition to Olivia Newton johns early country work.

Nicole stumbled upon an old auction house in Mississippi that featured a full piece country house band she auditioned immediately and would show up on Thursdays to inform them which song she would be using and would arrive on Saturday evenings to perform to a full house, typically 200 people.

During this time her guitar skills had improved significantly and she decided what she wanted to do in life.

Nicole tested out of high school, received a diploma and left for California to attend GIT musicians institute.

During this time Nicole was approached by the admissions director and asked if she would like to audition for Michael Jackson; she mentioned he was looking for a blond female guitarist, unfortunately, it was mandatory she was proficient in finger-tapping style in addition to proficient skills in site reading guitar charts, which she was not, then upon learning the remarkable Jennifer Batten would be auditioning, Nicole respectfully chickened out.

Then Nicole stumbled upon her private instructor, PAUL GILBERT and his shred style of playing and dedicated herself to a minimum of 5 hours of practice per day.
Nicole's skills progressed quickly and she was introduced to the remarkably talented guitarist Michelle Meldrum who was already established in the LA thrash metal scene.
Michelle had also developed her shred Guitar skills. They were huge fans of Racer X and decided they wanted to form an all female version of Racer X. they immediately began writing material and found their fellow band mates through friends. And formed Phantom Blue.
https://en.wikipedia.org/wiki/Phantom_Blue

They played one show as a band at the Troubadour in 1988 and sent a demo and were signed to Shrapnel records and by autumn of 1989 they released a full album and were headed to Europe for a three month tour.

During this time there was a possible contract with Capital Records on the table. Upon returning home that prospect had fallen through, as Capital Records was acquired by they believe to be EMI they don’t remember? However their A&R connection took her interest in them directly to Disney’s newly formed Hollywood Records. Michael Eisner personally met with all of them and promised them everything he had to offer.

During this time, Don Dokken, currently was working on a solo project with Geffen records and Tom Zutaut, walked into their rehearsal behind a music store in Redonddo beach CA. he approached them with his intent to invest time and money into their band with the goal of helping them obtain a deal with a major label.
He paid for the five of them to have weekly training at a gym and paid a custom designer to make clothes for them he also arranged a showcase for them at the Roxy with three major label executives in attendance. Nicole can’t remember all three but Geffen Records, Tom zutaut expressed the most interest immediately.

Then a bidding war began between Hollywood records and Geffen Records.

Not having management to guide them they took their time to decide but eventually signed a 7 album contract with Geffen Records.

During this time, Nicole was secretly working on developing a more rock oriented voice as it seemed natural to want to sing the material she was writing for their up and coming album with Geffen but since they already had the remarkable and irreplaceable Gigi Hangach, Nicole put the dream of singing and playing guitar, like her heroes; Joan Jett and Chrissy Hynde on hold.

Nicole eventually lost interest in her band and was lonely in LA so left back to home in Memphis Tennessee were she had one daughter.
Nicole then moved to New York City and had her son, then moved to the British Virgin Islands and taught general classroom music for grades K-12
Nicole also had steady gigs singing and playing in local bars and with local blues n reggae bands.

Nicole eventually returned to New York and three years after returning to NY, she suffered a massive, to this day idiosyncratic, stroke that left her, legally blind and unable to play guitar or piano and it weakened her voice drastically It was a twist of luck, as it brought her the opportunity to volunteer for physically and mentally handicapped and disabled adults and children via a musical therapy program.

Nicole conducted five times per week. The most joyful days of her life. Nicole since relocated to France were she is surrounded by instruments and not being able to work she can spend her days regaining what she lost.

Nicole is now thrilled to announce she will be releasing a solo project, in April 2021.

Nicole couch will be releasing her first solo EP; featuring nicole on vocals and guitar. the material spans the time  between nicole's decision to leave phantom Blue to modern day, cowriting with her husband in France.