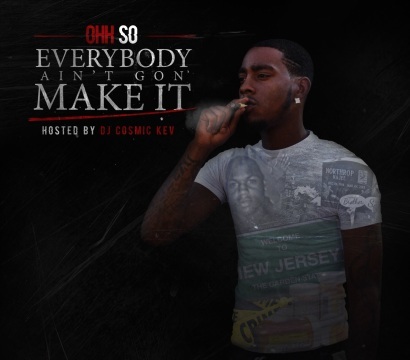 Niseer Mann was born on August 15th, 1996 in the city of Salem, NJ. From an early age he knew that he wanted to rap from the influences he had around him in his own neighborhood. “I started rapping because my neighbor (TS) had a studio in his house and I used to go there just to chill. When other people used to come to the studio, I would just watch/listen to them and I loved the way it sounded and the energy of it. I started playing around and just having fun with it until I realized that it was another way to express my true feelings."

As he grew older he took a liking to popular rappers such as Meek Mill who became a huge inspiraton to him. He then realized that his dream was much more realistic than he once believed. Some of Ohhso's major accomplishments has caught the attention of major industry influenceers. He has free styled on DJ Cosmic Kev's Come Up Show (Philly Power 99 FM). He's had a Few Songs in Rotation On Power99, and has worked with big names artists such as GillieDaKid, Kur, and Dark Lo. His latest project “Everybody Not Gon’ Make It” is available now on all major streaming platforms (ITUNES, AMAZON, TIDAL, SPOTIFY).