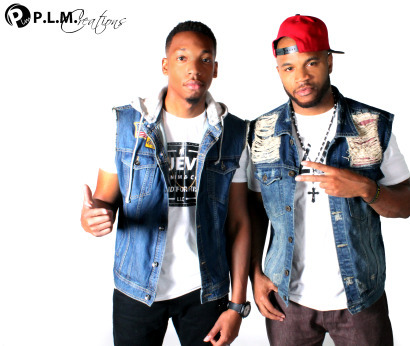 A dynamic group made up of two brothers born and raised in the mean streets of Detroit, Only 1 Way (Chris and Matt Jones) had no prior experience in music as writers or artists when they were prophesied to as teenagers; that they would be making music glorifying Gods Kingdom.

Shortly thereafter they would begin being groomed for ministry. Mentored by their Co-Pastor Dr. Kevin L. Young, had instilled in them the importance of not only practicing the lifestyle that they talked about in their music but also making an impact in the people after the music stops.

In 2004, Only 1 Way made their public debut as a group at Hope Evangelical Ministries during a Pasor Appreciation Service held for the church's two pastors. The audience recieved them with great enthusiasm and praise. At that moment, they knew without a doubt that they were doing what God had called them to do.

Since then Only 1 Way has shared the stage with world renouned artists such as Rance Allen, LeCrae, Mali Music, Trip Lee, Tedashii, This'l, Tasha Lockhart, Committed, Trinity 5;7, Flame, Lexi and more. O1W has traveled across the country spreading the gospel of Jesus Christ through their music videos, and performances. They have picked up 5 DMA Nominations (Detroit Music Awards) 2 ROG Music Awards Nominations (Rhythm of Gospel Music Awards) along the way.

In the summer of 2010, Only 1 Way released their Debut Studio Album, BREAKTHRU which featured the hit songs "I Get it In" and "I Am". In 2011 Only 1 Way won song of the year with Independent Gospel Awards for their hit single "I Get it In". In Fall of 2013 O1W Released their 2nd Studio Album I.G.W.T which included the hit singles "Better Man", "Daydream", and "Representative"

Both members of the group currently reside in their hometown of Detroit, MI and are striving and praying to continue to fulfill Gods will that was placed on their hearts many years ago.