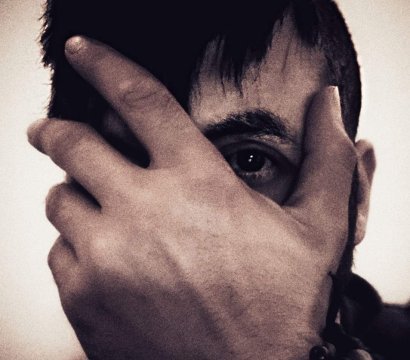 Born in Redding, California. He had no musical involvement or aspirations until his 16th birthday, when his older brother bought him a copy of some entry-level music production software at a local Best Buy. More the quiet type in high-school and having few friends, P1LOT had nothing but time on his side to start playing around with his new software, comparable to a new shiny car in his eyes. From that point, he always aspired to create unique, never-before-heard sounds with every composition, while staying true to a style that would demand peoples' attention and have them unintentionally singing or humming his creations in their head all day.

P1LOT eventually started reaching out to local artists, entering online production contests and scouting for possible collaborations with promising artists via the internet: “I was just looking for any way to get my name in others mouths, online in forums, websites – anything would help, but nothing seemed to be working.” He would also endure a psychological and emotional journey that he never saw coming. “I've lived with no electricity, warming up water in a pan and taking baths outside, but the fact that me and dad were never super close killed me the most.” In 1996, P1LOT awoke in the night to his dad screaming, yelling and shaking violently while laying on a glass table. His mom held his father while calling 911, while P1LOT was being comforted by his older brother, not knowing what to do. His father was diagnosed with epilepsy, a condition stemming from a previous surgery to remove two tumors lodged in the brain. This would only be the beginning of an onslaught of his father's health problems that would affect P1LOT's music and life from that point on. His father battled epilepsy, was later diagnosed with prostate cancer, but survived, and years later, he suffered a stroke that left him paralyzed and unable to speak. While alone in the ICU with his father, P1LOT promised him that he would grab the reigns of success through his music career, and do it in dedication to him. Days later, his father suffered another, this time fatal, stroke. Within weeks, P1LOT moved to Portland, OR where he believed there was more opportunity for his music.

In 2005, he met Noraa Ish through MySpace. They worked on many small projects and, in 2011, would release their first collaborative and much-acclaimed album 21-Reprise. They soon found inspiration in a local 'amateur' videographer and pianist named Alan Logston. They instantly created an online hype and demand from creating the music video “Love, Fear & Loathing” from the album, which attained over 75,000 hits on YouTube and received unprecedented amounts of positive review amongst critics and fans alike.

On May 8th, 2013, P1LOT and Noraa Ish released their first promotional single/music video 'Bullet' for the album DYAD. The groundbreaking video landed them on multiple hip-hop news sites, online news and radio stations, and would eventually land them a licensing deal to have the song played on VH1's Black Ink Crew.

The Karma and DYAD albums are both winners of awards and highly-praised widely amongst critics in the industry.

From innovation and musicianship, to advocacy and charitable community action - P1LOT has clearly done anything but fly under the radar in the industry.

P1LOT performs at the Paris Theatre to a capacity crowd ahead of headliners Nappy Roots.