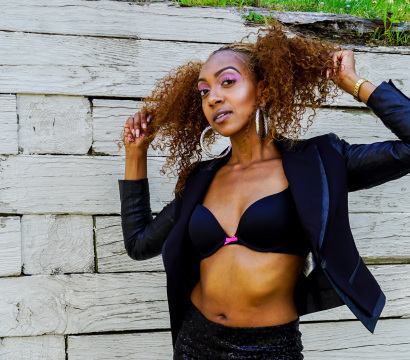 Paige Milan was born May 25, 1992 in Long Island, NY. She lived in Brooklyn NY until the age of 5, when she moved to New Jersey. Paige has been singing from the time she could talk and would memorize song lyrics almost immediately. Being the child of her Trinidadian native father and Brooklyn born mother, she was exposed to many genres of music from old school hip hop, calypso, reggae, etc. In the summer of 2014, Paige graduated with her BA of Arts in Communications from Rowan University in Glassboro, NJ. Never losing focus of her music career, she simultaneously recorded new music written by her Momager. She also did a lot of her performing at this time. She performed at the Sugar Bar in NYC, on the Carnival Cruise Line, charity events at Nursing homes, SOB’s, Yacht performances, Williamsburg Music Hall. Her singing style is influenced by her music icons, Stevie Wonder, Beyonce, Whitney Houston, Keri Hilson, Chris Brown, and The Weeknd. Her goal is to perform along-side her music idols in the very near future.