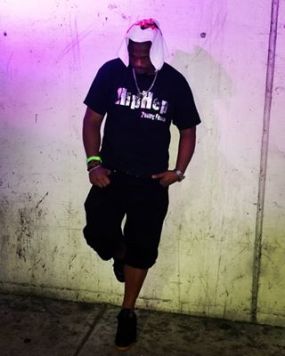 Philly Black's Hip-Hop career started twenty years ago while stationed in Camp Casey South Korea as a Mechanized Infantryman serving in the United States Army. He signed a mediocre deal with Black Rose Records as a member of the Hip-Hop trio Urban Theory. Although the group never released an album together their song Thought Awareness appeared on Black Rose's compilation album Ghetto Rising; Philly Black also was featured on Ambitious an sultry R&B song.

After being honorable discharged in 2000; Philly Black came back to the states with the compilation album and dreams of making it big. But life took a drastic turn and he was forced to put his dream on hold. Philly Black continued to write and record music until 2013. After a six year hiatus Philly Black is back and stronger than ever.

Philly Black is set to release his new album titled "On My Way" early 2020 he is currently in the studio working on new material and setting up tour dates for the upcoming year. Philly Black's music is as real as it get's hip-hop in its true and rare form. As Def Jam A&R Executive Polo put it in his meeting with Philly Black at Quad Studios in NY "Your music is inspirational and you are very marketable." With that being said Philly Black is focused and poised to make a big impact in 2020.

In the meantime check out Philly Black's independent artist release Who I Be streaming on all platforms.