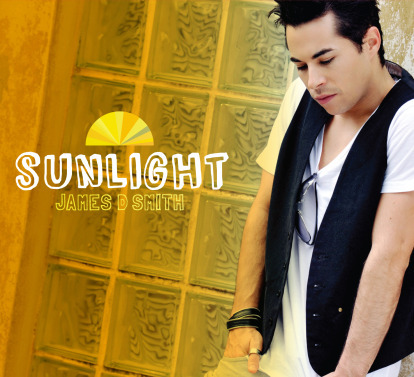 James D Smith is one of Australia’s most exciting emerging artists.  Currently starring in the blockbuster Broadway musical 'WICKED', which played to packed audiences in Melbourne 2008/2009, Sydney in 2010 It is now currently playing in Brisbane. James plays the role of Boq, a munchkin who falls in love with Glinda- the good witch. He is such a lovable character in the first act, very innocent, hopeful and sweet, then as the story progresses, something happens in the second act that makes him become angry and bitter.


James is an outstanding vocalist and an accomplished songwriter.


In James’ new EP SUNLIGHT, produced by Sean Carey (Thirsty Merc)  James writes about a positive attitude and the lessons of life and learning.


James has been writing and recording albums since he was 16, he was lead singer with Royal Caribbean productions touring the Bahamas.


James has been a featured singer at Carols by Candlelight at the Sidney Myer music bowl in Melbourne and Carols in the Domain in Sydney.


In 2011, James will hopefully finish his album in Nashville,


James has just played two impressive EP launches in Sydney (The Basement) and Melbourne (Blue Diamond) in February 2011. Audiences were blown away!

In short: All class

WICKED star and former Albury singer-songwriter, James d. Smith was one of the stars of last night’s Albury Carols by Candlelight performing his version of Over the Rainbow. Smith was virtually unknown until he filled the shoes of Anthony Callea in 2008 performing alongside Bert Newton and Rob Mills in the smash hit musical Wicked.

This impressive EP showcases Smith’s fine but powerful voice and burgeoning song-writing skills, demonstrated in all seven of the EP’s all-original songs including the upbeat I Know It’s You and Foundation of Love. The beautiful Breakdown Any Door and Arms that Hold highlight Smith’s subtlety in performance and his skill at crafting high quality songs.