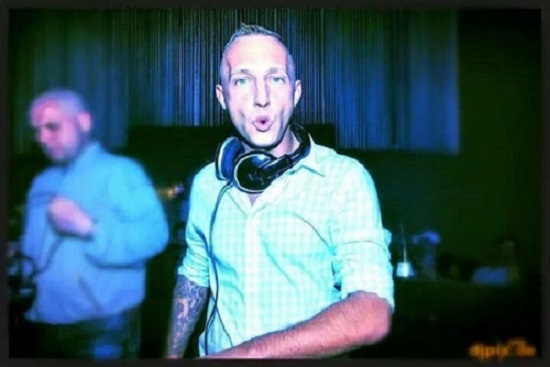 1983 born as Rocky Matejka in Gelsenkirchen.
In the year 1999, he visited his first "Hellraiser" Rave, since that Day Rocky knew what kind of religion he will follow --- HARDCORE ---

Living in the Ruhrgebiet Area offered him countless possibilities to celebrate his new Cult. He was & is still one of the most known presenters of the German Underground Hardcore Movement!

After many years & countless Parties around the World, he realized that only being a dancer was not enough for him.

In the years 2010, he decided to learn everything about making Music & started with his DJ/Producer career.
That was the moment Rocky Montana was born!

Today he is a DJ/Producer of these Styles:

Today Rocky played in several Countries of Europe. He played on several big Events like
MASTERS OF HARDCORE...BLACKOUT FESTIVAL... FUCKPARADE

In many Collaborations with international Artists, he produced a lot of Tracks & gave them for free to the peoples! His collections of Livesets/Podcasts/Tracks are huge & invite the listeners into a whole new Dimension of Hard Dance Music!

He worked with Artist like DJ DARKCONTROLLER or MC RAW other projects of him are ''THE ZELFMOORD PILOTEN'' with DOOD LA BASE (Spain) or ''LICENCE 2 kILL'' with THE BASSRIDER!

Besides Music, Rocky made his own Fashion Collection & created lot of Art that soon will be available on several Internet Platforms. Rocky is a cosmic storm of creativity!

In the year 2017, Rocky stopped his Music career because of his amazing discovery! As a Researcher of "Higher Knowledge", he discovered Petroglyphs on Planet Mars & identified their characters as the ancient Mesopotamian Gods EA/ENKI & DUMUZI(D) THE SHEPHERD!

For the first time in human history, his BREAKTHROUGH answers humanities biggest Question & is the PROOF for intelligent Life on Planet Mars! WE ARE NOT ALONE IN THE UNIVERSE! The context that he identified these characters also shows a connection between Mars & Earth & is the first PROOF for the never before answered ANCIENT ASTRONAUT THEORY!
These Petroglyphs are the first SPACE ARTIFACT ever known!

His work & how he was able to identify these ancient Gods through symbolism, secret numbers & names will be the topic of his in 2019 Book "Breakthrough"!

Rocky's work is a history-changing discovery! Many experts in the field of Near Eastern Ancient Civilizations read his transparent work & called it "unbelievable amazing" & "incredible"! It will hit the Planet in the very near future so stay tuned & keep being awake!

2019 after nearly 3 years of research & writing he is coming back to the Hardcore scene & will play on THE FUCKPARADE @BERLIN!
He also got back in the studio & produces Tracks with the DARKCONTROLLER!


AND HERE YOU CAN ALSO FIND ME AND MY SOUND: