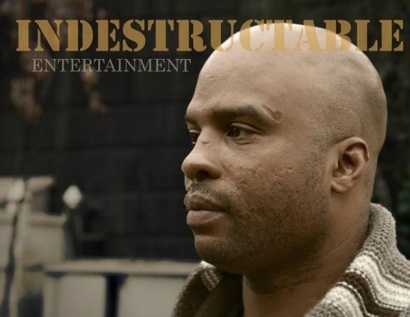 The name is Jimmy Jacobs, Otherwise known as Solar Facts. Solar Facts was born in Brooklyn N.Y. and raised in Queens. At just 8 years old, Solar was intrigued by the arts of Run DMC, Fat Boys, LL Cool J ect. He was fascinated with making music and began writing rhymes that would never get recognized. Solar Facts dreams were halted after he landed 20 years stint in prison for charges ranging from weapons, drugs, robbery and escape. During his time of incarceration, Solar fed his love of music by writing and competing in rap battles behind bars. He overcame every single one of his opponents, maybe not in the first round, but he continued until there was no more to be said. upon his release in 2012, despite having little knowledge of the music business, Solar founded Indestructable Entertainment. Having had many discussions surrounding the consistent redundancy of todays sound, Solar created his company with a mission to open doors for undiscovered talent to be heard. With a focus of individuality and standing out against the norm, Indestructable Entertainment came across one very serious problem... finding artist "Trying to convince other artist that its okay to be yourself definitely isn't trending, so plan B was to lead by example" Solar Facts has been working diligently to create better production and sound quality that is outside the box and, ultimately, what he feels is real hip hop. Solar was once approached, at a young age, by a producer who took a liking to his sound and had the idea that Solar should make lyrics to the first Batman movie and title himself as The Joker. Solar refused. Although this might have been a quickly to make money and be heard, he also understood that an image and title of that nature could only be a gimmick and his love and understanding of music wouldn't allow him to make that choice. Despite having no experience of writing an entire song. Solar Facts released "I'm That Guy" in 2013. His debut single received overwhelming recognition in the form of 7 million likes and shares, in addition to countless commercials and interviews (all publishing rights and credits reserved) Solar Facts has been working diligently for better production and sound quality that is outside the box and what he feels is real hip-hop. In 2016 Solar Started a project called The Matrix. Each release under the matrix is labeled the blue pill or the red pill. The red pill symbolizes the choice to hear something more familiar... a different sound with a spin on Lyrics similar to what you might hear in mainstream music.On the other hand, the blue pill symbolizes authenticity in music, something that a listener would have and want to hear more than once to understand.